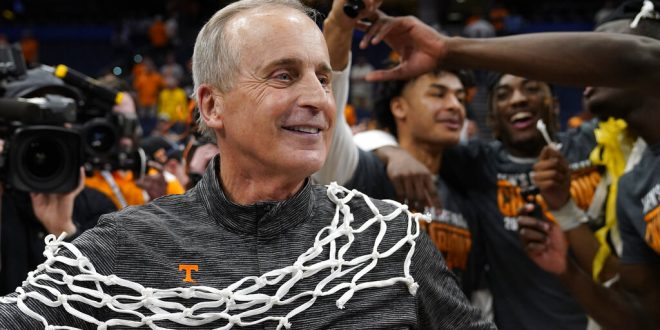 After a historic basketball season in the SEC, six teams were officially selected to the NCAA Men’s Tournament. Representing the conference is Auburn, Tennessee, Kentucky, Arkansas, Alabama and LSU.

While five teams tied for fifth place in the regular-season standings, Alabama and LSU were the only teams to advance. Florida and SEC Tournament runner-up Texas A&M will play in the NIT after going 9-9 in the conference.

Led by the potential number one pick in the 2022 NBA Draft in Jabari Smith, No. 2 Auburn will face No. 15 Jacksonville State in the opening round of the NCAA tournament. Auburn went 27-5 (15-3) in the regular season, while Jacksonville State qualified after Bellarmine was not eligible for the Tournament. Significantly, the Gamecocks went 21-10 with quality wins over FIU, Drexel and Liberty this year.

There is no SEC team hotter entering the tournament than No. 3 Tennessee after their SEC Championship. Notably, the Volunteers defeated Mississippi State, Kentucky and Texas A&M to claim the automatic bid. Now, they will be playing No. 14 Longwood, who also won the Big South Conference with 26 wins in 32 games.

Despite their exit in the SEC semifinals, Kentucky still managed to earn a two-seed in the NCAA Tournament. Kentucky went 26-7 in the regular season and will be taking on No. 15 St. Peters in the opening round.

The Peacocks automatically qualified for the NCAA Tournament by beating Monmouth in the MAAC Championship.

Similar to Kentucky, Arkansas was knocked out in the SEC Semifinals after going 25-8 in the regular season. Surely, the Hogs enter the Tournament as a four-seed and will be taking on No. 13 Vermont after winning the American East Championship to win its fourth conference tournament since 2016.

Alabama comes in the most rested of the SEC teams after they fell to Vanderbilt in the SEC Quarterfinals. Notably, the Tide ended the season on a three-game losing streak but got in as a six seed after going 19-13. They are set to play the winner of No. 11 seeds Rutgers and Notre Dame, participating in Dayton. Between those two teams, they combined to win 40 games.

No. 6 LSU will have a tough opening round matchup in the NCAA Tournament against No. 11 Iowa State. Significantly, the Tigers won 22 of 33 games and fell to Arkansas in the SEC Tournament. The Cyclones went 20-12 but lost by 31 points to Texas Tech in the Big 12 Championship.