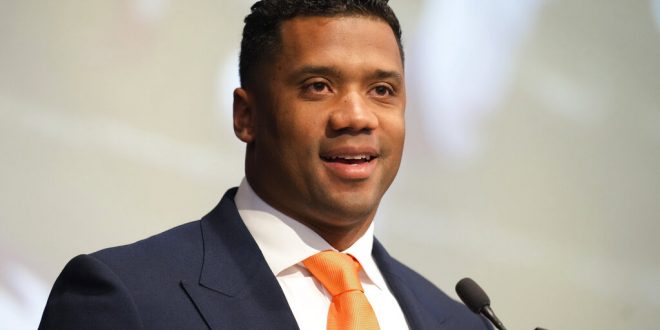 Russell Wilson all in as quarterback for the Denver Broncos

Russell Wilson is going all in after his official induction as the new quarterback for the Denver Broncos on Wednesday.

The move came as a result of one of the biggest trades in league history between the Seattle Seahawks and the Broncos. With the exchange of quarterback Drew Lock, tight end Noah Fant and defensive end Shelby Harris, along with two first-round, second-round and one fifth round draft picks, the Broncos picked up Wilson and a fourth-round pick.

Denver is a place that has always meant a lot to Wilson. However, he moved for one thing only, and that is to win. The Broncos were the team that Wilson had decided worth waiving his no-trade clause for. He now he holds a strong vision for the teams future.

Wilson isn’t the only one who is excited about the move. Head Coach Nathanial Hackett and Manager George Paton expressed the pure joy and excitement they felt as they made the decision for Wilson to join the team.  Hackett was already very familiar with Wilson. The moment his name was mentioned, watching tape wasn’t even on their radar.

“When you go against him all the time,” Hackett said, “You live it and you don’t like it.”

"We were going to do anything it took to get Russ."

Seahawks Not Looking To Trade Wilson