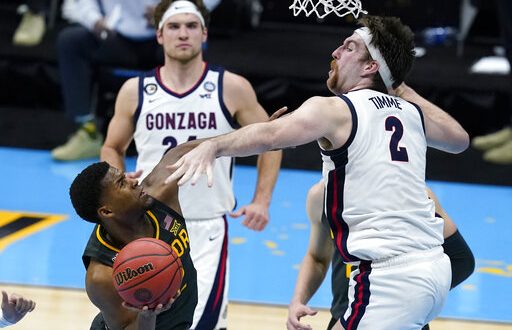 No. 1 Gonzaga – No. 4 Arkansas Hoops Preview

First-ranked Gonzaga will face fourth-ranked Arkansas at 6 p.m. on Thursday. Both teams hope to revisit the Elite Eight after coming off narrow wins in the previous round.

Return of the Razorbacks

Arkansas may be deemed the underdog due to Gonzaga’s dominant season, the Razorbacks didn’t make it this far by accident. After missing the tournament for two straight years, Arkansas fell to eventual NCAA champion Baylor in the Elite 8.

The Eric Musselman-led squad seems to do all of the “little things” right. When combining factors like forced turnovers and rebounding, Arkansas’ defense was ranked among the top-15 in the NCAA this season. Also, Arkansas is the sixth-best free-throw shooting team in the country this season.

Senior guard J.D. Notae leads the way for the Razorbacks in terms of both scoring and passing this season. Notae has posted double-digit scoring averages throughout all four of his years at Arkansas. The Georgia native is also among the team’s top four rebounders.

Sophomore Jaylin Williams has been another emphatic bright spot for the Razorbacks this season. The forward is nearly averaging a double-double this year while leading the team in rebounds. Williams is among the NCAA’s top-20 rebounders, pulling in just under 10 boards per game.

Consistency is Key for Gonzaga

Gonzaga will return to the Sweet 16 for the seventh time in the past eight years. After winning a National Championship in 2017, Gonzaga reached the final round again in 2021 but eventually fell to Baylor.

Junior forward Drew Timme has proven himself to be one of college basketball’s most consistent and efficient scorers throughout his time at Gonzaga. Timme has hovered over the 60% field goal percentage mark over his past three years, posting nearly identical stats in 2021 and 2022. In 2021, Timme averaged 19 points and 7 rebounds, this year he has averaged 18.2 points and 6.7 rebounds while increasing his assist numbers.

Chet Holmgren, a top prospect in the 2022 draft, has quieted critics that have doubted his physicality and slight frame entering this season. Holmgren has done his part in leading Gonzaga to the Sweet 16 by averaging 14 points a game and 9.8 rebounds. Holmgren has proved to be an imposing defender despite his thin frame, he is among the NCAA’s top-five shot blockers. He has also shot the three-pointer at a surprisingly efficient rate, hitting just under 40% of his shots from beyond the arc.

The winner of this match-up will take on either Duke or Texas Tech after they meet Thursday night. Also, Michigan will face off against Villanova and Arizona will play Houston.

Tyler Carmona is a junior journalism major at the University of Florida. Originally from Miami, Tyler played football as a wide receiver at the University of St. Francis before transferring to UF.
@@TylerCarmona
Previous Stricklin and the Golden Era
Next Duke, Texas Tech Set to Clash in Sweet 16 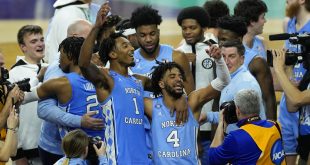