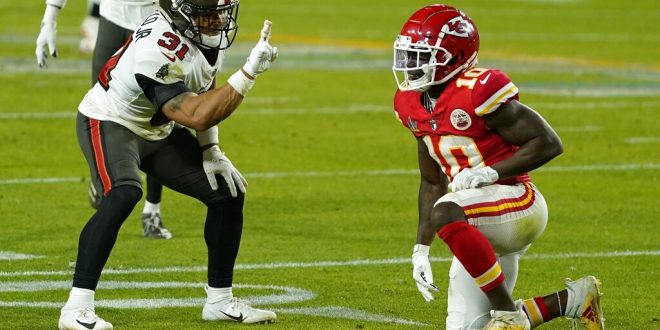 The Miami Dolphins have acquired star wide receiver Tyreek Hill from the Kansas City Chiefs in a blockbuster trade that made Hill the highest-paid receiver in NFL history.

Hill, a six-time Pro Bowl wide receiver, was traded for five future draft picks: a 2022 first-round pick, a second-round pick and a fourth-round pick along with a fourth- and a sixth-round pick in the 2023 draft.

The Dolphins gave Hill a four-year, $120 million dollar deal, $72.2 million of that being guaranteed along with $52.535 million at signing. The contract comes nearly a week after Davante Adams broke the barrier for wide receiver contracts after his five-year, $140 million contract.

Adam Schefter commented on Hill’s contract with his new team.

The addition of Hill gives Tua Tagovailoa a true No. 1 wide receiver. Additionally, Hill and Jaylen Waddle teaming up give the Dolphins the fastest wide receiver duo in NFL history.

The move puts the Dolphins in a position to compete with both the Patriots and Bills in an up-and-coming AFC East division.

It has been a busy offseason for the Dolphins. After the departure of Brian Flores, Miami hired Mike McDaniel to take the reigns. McDaniel was a run coordinator before becoming the offensive coordinator last season for the 49ers.

The Dolphins were also able to bring in running backs Raheem Mostert and Chase Edmonds.

Moving on for Chiefs

The Chiefs have lost a large part of their offensive production from last year in Hill. Coming off of another stellar season Kansas City will need someone to fill his shoes.

The trade opens up space for another player to step up in a system that is easy to thrive in. With the Andy Reid and Patrick Mahomes combination, along with Travis Kelce, the Chiefs’ offense will continue to be lethal.

The Chiefs were also able to get a free agency signing in Juju Smith-Schuster. Smith-Schuster is assumed to take over lead wideout responsibilities. There is also hope that Mecole Hardman will take a big step this year with a bigger opportunity.

It will be a new look for next year as another crazy NFL move occurs in one of the craziest off-seasons in recent history.

Previous Miami Tempers flare as short-handed Warriors get the win, 118-104
Next Trinity Thomas Named SEC Gymnast of Year for the Second Time 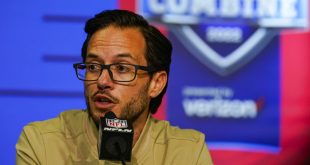