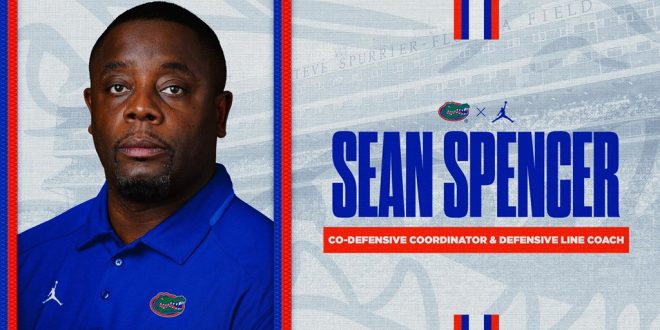 With Spring ball currently underway for the Florida Gators football team, this is a chance for first-year Gator head coach Billy Napier and his staff to get an early look at what may come this upcoming fall season.

Florida finished the 2021 season with a below .500 record (6-7) while coach Dan Mullen was fired due to not reaching expectations. Napier was hired shortly after and the former Louisiana Ragin’ Cajun coach era in Gainesville began.

New coaches equal new changes for the program. Although it’s still early to predict greatness under Napier, the Gator faithful are optimistic about the heights this new regime can take this team.

Napier brings with him a slue of coaches whose names ring across the collegiate and professional levels. Such as former LSU defensive back coach Corey Raymond and New York Giants defensive line coach Sean Spencer.

Spencer returns to the collegiate level after a two-year stint with the Giants. But this time as he takes up the role of co-defensive coordinator along with overseeing the defensive line unit.

Napier brought in Spencer to round out his staff as the last and final addition.

Prior to New York, Spencer spent six seasons (2014-2019) with Penn State as a defensive line coach. To his players, he is referred to as “Coach Chaos” based on the fiery passion and devotion he displays on the practice field. However, his famously recognized nickname goes back to his time at a fellow SEC program, Vanderbilt.

The 51-year-old recently reflects on his time at Vanderbilt.

Now as a Gator, with the combined effort with fellow co-defensive coordinator Patrick Toney, Spencer and the Gators will look to build a sound and disciplined defensive unit moving forward.

This season, Florida’s front seven will have some new faces.

Last season, the Orange and Blue ranked in the bottom third in scoring defense allowing 26.6 points per game. Also, under Mullen, Florida was among the conference leaders in defensive penalties. But, under this new regime, they want to play fast, without costing crucial mistakes, especially down the stretch.

We will have a first look at Spencer’s and Toney’s defense as they gear up for the Orange and Blue game, Thursday, April 14 at 7:30 p.m. 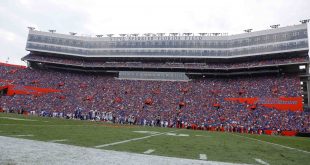