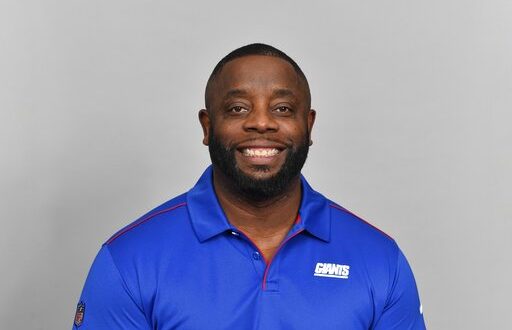 Welcome to The Swamp, @SpenceChaos! #GoGators

Spencer has two decades of college coaching experience. His longest tenure was at Penn State, where he served as the defensive line coach for six seasons (2014-2019). In addition to his defensive line responsibilities, he was promoted to associate head coach and run-game coordinator in his final two seasons.

He coached NFL players like Carl Nassib, Austin Johnson and Yetur Gross-Matos while at Penn State. Under Spencer, Gross-Matos became the 11th player in Penn State history to record over 20 tackles for a loss in one season. During Spencer’s tenure, the Nittany Lions led the country in sacks twice and had five straight seasons of at least 40 sacks. In 2016, Spencer’s defense helped Penn State capture their first Big 10 championship in eight years.

In 2020, he was hired as the defensive line coach for the New York Giants. He spent two seasons (2020-2021) with the Giants, helping the defense record its first 40 sack season since 2014. Giants defensive lineman Leanard Williams reached 11.5 sacks, after only 7.5 sacks combined in the three years prior.  Spencer’s defensive line ranked 10th in the NFL with 111.4 yards allowed per game in 2020, marking the Giant’s highest ranking in this metric in three seasons.

Spencer received the nickname “Coach Chaos” from his time at Penn State.

Spencer is the final assistant coach that Napier is bringing on. Each program can only have 10 assistant coaches. Spencer filled the final spot for the Gators. He will be joining his former Giants co-worker Rob Sale. Sale is the new offensive line coach and offensive coordinator.

Napier has assembled his core team of coaches to help run the program moving forward. Napier’s vision for this staff was to build an army. He has done this by adding a plethora of support staff for the team on top of the coaching hires. Support staff hires may continue but with his assistant coaches on board, it is time for the army to get to work.