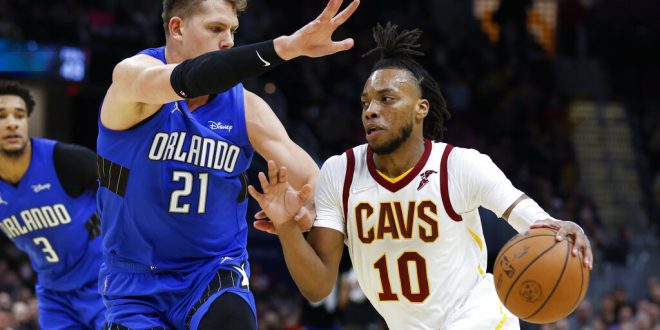 The Cleveland Cavaliers closed out their game against the Orlando Magic 107-101 in Monday night’s game. The Cavs now have a record of 42-33 this season.

The Cavs secure their first winning season in four years. This is the first time finishing above .500 without having former Cavs player, Lebron James since 1998.

Outside the playoffs in the East, the Orlando Magic have the worst record at 20-56.

For Cleveland, point guard Rajon Rondo has not played in two weeks due to a right ankle sprain. Collin Sexton, at shooting guard, is currently out for the season and showed no action in last night’s game due to surgery to his left knee. Jarrett Allen, an All-Star this season, has missed 11 straight games as of last night due to a fracture in his left middle finger.

Standout Players for the Cleveland Cavaliers

At point guard, Darius Garland had an overall stat line of 25 points and 12 assists, leading to the Cavs win over the Orlando Magic last night. Standing tall at the power forward position, Lauri Markkanen, aided in the defeat over the Magic scoring 20 points with 3 rebounds in Monday’s game. Kevin Love scored 19 points, had three assists and seven rebounds. Due to a sprained left ankle injury, center Evan Mobley was inactive in Monday night’s matchup after scoring six points, having one assist, and three rebounds. Mobley is averaging 14.9 points and 8.3 rebounds this season.

The Cavaliers earned their 42nd win of the season tonight, a 107-101 win over Orlando.

The win clinches the Cavs' 1st winning season without LeBron James since 1997-98. pic.twitter.com/jYcVwdVPlO

Standout Players for the Orlando Magic

Looking ahead, the Cavaliers are pushing for a playoff spot, currently holding the seven seed and a play-in spot. The Magic are in a rebuilding process as they are likely to secure a top pick in the NBA Draft this summer.