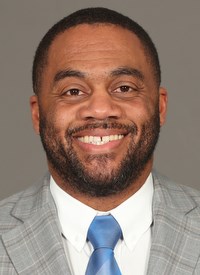 With new wide receivers coach Keary Colbert, the receivers are the one position group on the Gators with a big question mark on the front. The Orange and Blue kicked off its spring practice on March 15 and will continue the practice until April 16. Florida coach Keary Colbert gives his initial impressions of how the Florida Gators receivers have performed at spring ball.

Perhaps one saving grace for Florida is Justin Shorter, who opted to return for his final year of eligibility. Shorter caught 41 passes for 550 yards and three scores last season. The past two seasons, he caught 66 passes for 818 yards and six touchdowns.

Shorter, a redshirt senior, has been maximizing each day at practice to further improve himself. Frustration with the Gators’ six wins last season is among the factors fueling his desire.

“He leads by example,” coach Colbert said. “Just how he takes care of his body, how he’s always up here, whether it’s in the weight room or he’s in here catching Jugs [machine], how he practices and how he goes. For the young guys or guys coming in, they’ll see that and kind of understand that’s the way to go as far as having a work ethic and being serious about your craft.”

Shorter’s pedal-to-the-metal approach causes Colbert to encourage him back off the gas.

“I got to kind of slow him down and get him to take a little off of his body on an off day,” Colbert said. “He always wants to go. He’s always trying to get better, which is a good thing. He’s been a joy to be around and to coach because it means something to him.”

Redshirt sophomore Fenley Graham spent the past couple of years with Florida on the defensive side. Under new head coach Billy Napier, Graham has seen a transition to the offensive side of the football.

“When I first got here, he was in the defensive backs room, but he would jokingly tell me that he played offense in high school and that ‘I can return,'” coach Colbert said.

Graham racked up 880 yards on kick returns and 766 yards on punt returns while at Lakeland High School, scoring 13 times.

“So the next thing I know, a couple weeks later, or maybe a month, we actually started talking about making the move,” Colbert said. “He’s been a joy to have in the room and I’m excited for what he’s been doing for sure.”

Now it’s about learning the playbook and ironing out those inconsistencies Billy Napier noted.

“He’s been doing pretty good, working hard, trying to get adjusted to the playbook, being a defensive player a year ago,” Colbert said. “He’s trying to do all the little things right, working hard every day, and we’re excited to have him on this side of the ball.”