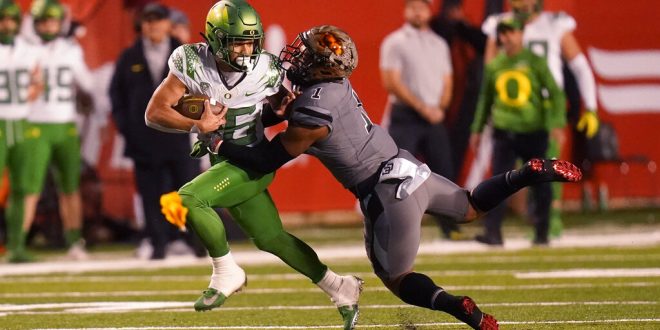 The Florida Gators will kick off the Billy Napier era of football this fall when the Utah Utes travel to the Swamp.

Utah had a successful 2021 campaign where they finished atop the Pac-12 along with a trip to the Rose Bowl. The Utes lost a thriller to Ohio State 45-48 in one of the most memorable Rose Bowls in recent history.

In a victorious season on the field, Utah dealt with a lot of loss off it.

In the span of 10 months, the Utes’ football program lost two players to gunshot incidents.

Ty Jordan passed away on Christmas day in 2020 from a self inflicted gunshot, days after being named Pac-12 freshman of the year. Months later, Aaron Lowe also lost his life to a shooting that occurred at a house party in Salt Lake City, Utah.

The Utes dedicated their 2021 season to both of these players and held a moment of silence before each game. Utah has also said they will retire the No. 22 in their honor along with a painted memorial for the players.

The program plans to retire the No. 22 because after Jordan lost his life, Lowe changed his number to No. 22 in his honor. The two were high school teammates until arriving at Utah.

Additionally, the Utes will have customized, hand-painted helmets to continue to honor their fallen teammate.

The helmet design consists of the faces of Jordan and Lowe and is a tribute to them.

It is confirmed that the Utes will wear these at some point during the 2022 season, yet the exact game is yet to be determined.

Along with the paintings of Jordan and Lowe, the helmet also consists of the “forever 22” logo that Utah has used before.

Utah is expecting another successful season following up one of the best seasons in recent memory.

The Gators will host the Utes on Sept. 3 to kick off their season.

@_kylecurtis
Previous Oak Hall Back On Track With Commanding Win Over St. Francis
Next Adam Silver talks “stars not participating in a full complement of games” and more