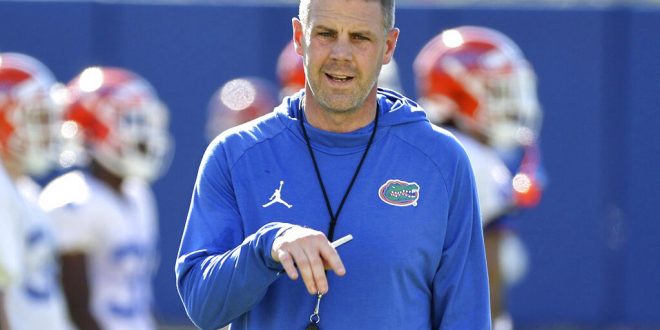 The Florida Gators Football program is going through somewhat of a “rebuild”. Since the takeover of Dan Mullen in 2018, the Gators have gone from legit SEC contenders to a lost disappointing college team.

The Florida Gators Football program is going through somewhat of a “rebuild”. Since the takeover of Dan Mullen in 2018, the Gators have gone from legit SEC contenders to a lost disappointing college team.

Mullen came in and brought success on both sides of Football. In 2018, the Gators were coming off the backs 4-7 2017 season and had a new coach and a fresh start. The Gators and Mullen came and changed the culture. The Gators for that season only allowed an average of 20 points per game on defense and scored on average 35 points per game. They had a 10-3 record and were tied for second in the SEC.

The 2019 season was their best all-around season with Dan Mullen. The gators gave up their lowest amount of points in Mullen’s Tenure. The team gave up 15.5 points a game, having three shutouts. The offense kept their pace and the Gators finished 11-2 for second in the division. This was the last time the Gators had elite defense in recent history.

Consequently, the next two seasons were downhill. 2020 the defense was horrific. They averaged 28.5 points against and in their last two games gave up 52 points to Alabama and 55 points to Oklahoma. However, the Gators were still able to win with their high-powered offense led by Kyle Trask and Kyle Pitts.

The 2021 season had no saving grace, the team was bad. The gators averaged 26.8 points against but the offense struggled. The team couldn’t get the big win and Mullen gone was the result. The team went 6-7, and the Gators were back where they started when they got Mullen.

Out with old… In with the new:

Safety Tre’Vez Johnson had this to say about the new coach.

The vibes have changed and the locker room wants to change this defense. The defense has been horrendous and the change is on the rise.

The Team is here and has a lot of upsets. It is up to Billy Napier and the staff to get the most out of the team.

A preview of the defense will be on full display on April 14, for the annual Orange and Blue game. That game will be in the swamp and the first time the public has a sneak peek at the team. 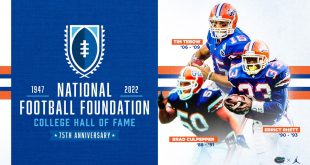