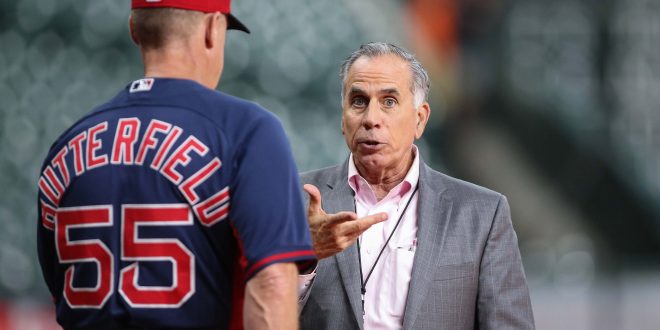 Baseball is all the talk this month. With the 2022 MLB season kicking off this past Thursday, April 7, analysts’ season predictions are dominating sports media everywhere. We recently had a chance to speak with ESPN’s MLB reporter and analyst, Tim Kurkjian on the Sportscene with Steve Russell Show on what he expects this season.

The long-time MLB analyst on ESPN’s Baseball Tonight and SportsCenter said the Los Angeles Dodgers are the best team in the league right now.

Kurkjian also went as far as to predict that the Dodgers will score 900 runs this season. He said that combined with the Dodgers’ success last season and Freddie Freeman’s “winning attitude” it will put them in a good spot.

Kurkjian then gave his prediction on the Philadelphia Phillies. “They’re an intriguing team,” he said. “They haven’t been to the playoffs since 2011 so, it’s time for them to take a major step forward.”

A player that can’t be overlooked is predicted to be Bobby Witt Jr from the Toronto Blue Jays. “He’s a can’t miss guy,” Kurkjian said. “He’s the number one prospect that’s coming to the big leagues this year.”