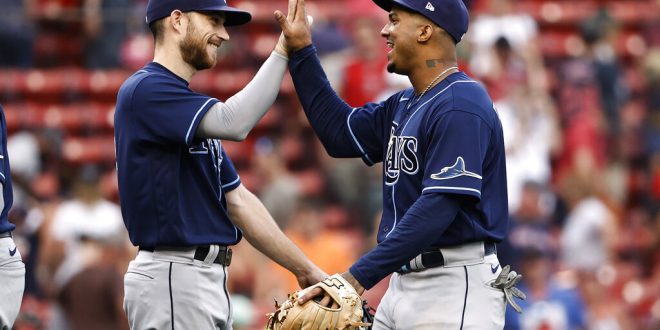 After a sweep of the Baltimore Orioles during opening weekend, the Tampa Bay Rays are the only undefeated team left standing in the MLB. Over the course of the series, the Rays outscored the Orioles 15-4 over three games. In the America League, Tampa sits at the top of the standings above the 3-1 Houston Astros.

Behind a 3-4 day from shortstop Wander Franco, Tampa jumped out in front of the Orioles in the first game of the series, winning 2-1 in front of 25,025 fans at the Trop. Left-handed pitcher Shane McClanahan was outstanding for Tampa, as he struck out seven and only walked two in his 4.1 innings pitched on opening night.

Wander Franco is too smooth. pic.twitter.com/URzOxTOkxC

On Saturday, the Rays’ bats began to heat up. While the top of the order struggled, Josh Lowe and Francisco Mejia delivered when the team needed them most. Mejia batted in three of the Rays’ five runs on the afternoon. The Rays won 5-3.

In the final game of the series, Tampa handled Baltimore, winning 8-0 and sending the O’s packing without a win in the opening series. Tampa pitcher Corey Kluber went 4.2 innings, striking out five and only allowing three hits. Once again, Franco hit 3-4, including two singles and a double with two RBIs.

The Tampa pitching staff continued to be productive throughout the series, racking up impressive numbers. The Orioles struggled to get the bats going, tallying only 21 hits in the three-game series.

Looking ahead for the Rays

The Rays take on the Orioles again from May 20-22 in Baltimore, Maryland. Two more series will go down between the two teams after they face off in May.

3-0 Tampa takes on the 1-2 Oakland Athletics Monday at 6:40, with Luis Patino on the mound for the Rays. Right-hander Paul Blackburn will pitch for the A’s. The series will be four games and takes place in Tampa. 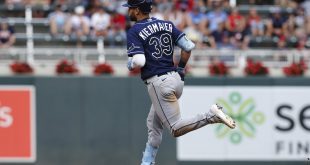