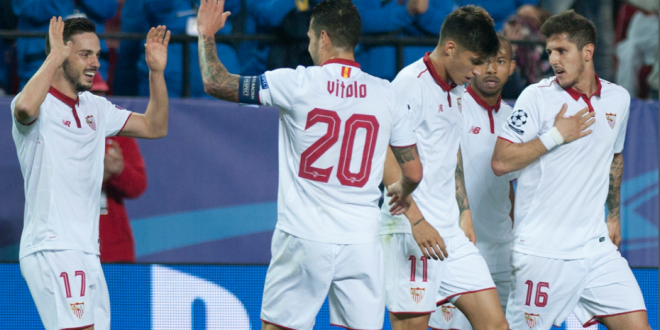 The second leg of the Champions League quarterfinals are taking place on Tuesday and Wednesday. Tuesday’s matches saw two teams book their place in the semifinal and two teams face heartbreak. Wednesday, four more teams look to join those from yesterday to round out the last four.

The first leg saw Villarreal lead with a 1-0 aggregate. Despite taking the advantage to the second leg, Bayern Munich’s Allianz Arena is no easy place to play. The Bavarians have not lost a Champions League match at home since April of last year.

Bayern Munich needed just one goal to force extra time and two to win on aggregate. Even with all of its attacking talent, Bayern managed only one shot on target during the first half. Robert Lewandowski opened the scoring by tucking a shot into the bottom corner to even the aggregate score at 1-1. Extra time was looking imminent, but Villareal’s Samuel Chukwueze scored a late winner, just five minutes after coming on as a substitute.

Villareal won 2-1 on aggregate and advanced to the Champions League semifinal for the first time since 2006. As for Bayern Munich, it has been knocked out of both the Champions League and the DFB Pokal. It is still nine points clear of Borussia Dortmund in the Bundesliga with five matches left to be played. But an early cup exit followed by a Champions League loss to Villarreal is nothing short of a disappointment to Bayern’s fans.

In a rematch of last year’s semifinal, Real Madrid came ahead after the first leg where it led 3-1 with a hattrick by Karim Benzema. Chelsea, the winners of the tournament last season, needed a big road showing if it wanted to keep its title defense alive. The Blues needed at least three goals to advance, as a 2-0 victory would see Real Madrid advance on away goals.

Chelsea scored one early, as Mason Mount buried a shot in the 15th minute to make the aggregate score 3-2. Mount later had an assist in the second half as his corner delivery was headed in by Antonio Rüdiger to level the aggregate at 3-3. Chelsea still needed one more to take the lead, and it thought it had it in the 62nd minute. Marco Alonso seemingly scored, however after VAR the goal was disallowed due to a handball. It took less than 15 minutes for Chelsea to get that goal back, however, Timo Werner scored its fourth of the day to go up 4-3 on aggregate.

With 15 minutes left in the match, it was then Real Madrid who had its backs against the wall. It only needed one goal to send the match to extra time, but time was running short. It had plenty of time though, as Rodrygo scored with an assist from Luka Modrić to draw level again. With the match heading to extra time, any goal scored would be a massive blow to the other side. And it only took six minutes of play before Real Madrid’s Karim Benzema became the hero once again and scored a header to pull Real Madrid in front 5-4. Despite Chelsea’s best efforts, it was unable to find an equalizer, and Real Madrid advances to its second straight Champions League semifinal.

With two quarterfinals wrapped up Tuesday, two more are set to finish up Wednesday. Manchester City leads Atlético 1-0 on the aggregate thanks to a goal by Kevin De Bruyne. The good news for Atlético is it now plays at home, and it only needs one goal to draw level. Manchester City has also struggled on the road this campaign, with losses in the group stage coming to PSG and RB Leipzig on the road.

For Manchester City, this marks its fifth straight trip to the quarterfinals, yet in the last four, it has only advanced past the round one time. As for Atlético, victory Wednesday means it will advance to the semifinal for the first time since the 2016/17 campaign.

Atlético is expected to take a more attacking-minded approach in the second leg. It played with a 5-5-0 formation during the first leg, a very blunt objective of stopping Manchester City’s attack. Man City’s De Bruyne has now scored in five of his last six matches. Stopping him will prove to be even more difficult with Atlético being forced to go on the offensive. As for Atlético, its main threats are Antoine Griezmann, who has scored four times in eight champions league matches and João Félix. The winner of this match faces Real Madrid in the semifinals in two weeks.

In the last of the quarterfinals, Liverpool carries a huge advantage into the second leg. Liverpool decisively won the first leg 3-1 on the road and now returning to Anfield, its position is strong.

Liverpool’s success throughout the tournament has come via its star attackers. Mohamed Salah has scored eight times in nine matches. Sadio Mané has scored three in those same nine, including one in the first leg of this quarterfinal. Since winning the title in 2018/19, Liverpool has not advanced to the semifinal since.

For Benfica, it rested six of their starters in this weekend’s league match against Belenenses. It will need at least three goals in regulation to have any chance of advancing, and that is if it does not concede any more. Whichever side advances from this match will face Villareal in the semifinal.

Jack Shivertaker is a senior at the University of Florida pursuing a degree in Journalism with a focus on sports media.
@JackShivertaker
Previous Tampa Bay’s playoff clincher spoiled
Next Monty Williams Wins NBCA Coach Of The Year Award