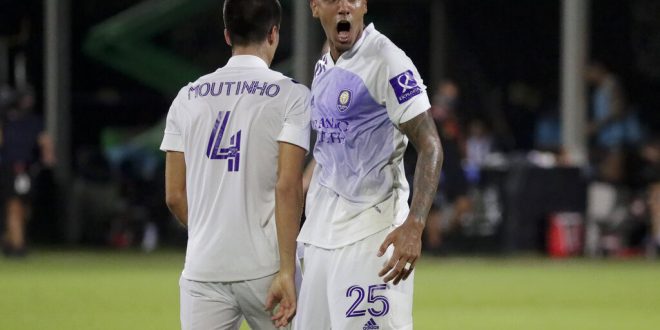 A heated MLS-rivalry headlines the US Open Cup Round of 16 on Wednesday night.

Orlando City SC will host on rival Inter Miami CF at Exploria Stadium for a spot in the quarterfinals. Coverage begins at 7 p.m. on ESPN+.

Orlando City comes into the Round of 16 after defeating the Tampa Bay Rowdies 2-1 on April 20 and Philadelphia 2-1 on May 10 in US Open Cup-play.

In MLS regular season-play, the Lions are 2-1-1 in the month of May with their most recent match being a 2-2 draw against Austin FC last Sunday. The Lions led 2-0 before two red cards and two goals, including one in stoppage time, led to the draw.

Due to the red cards happening in MLS-play, defender Rodrigo Schlegal and midfielder Cesar Araujo will be available for Wednesday’s match.

The Herons boast a similar record at 2-1-2 in the month of May, but are undefeated in their last four matches, including a 2-0 win against the New York Red Bulls last Sunday.

However, Inter Miami will be without forward Robbie Robinson, who picked up a red card in the win against Tormenta.

Winner of the match will take on the winner of Nashville SC and Louisville City FC on June 21.

US Open Cup returns after cancellations

The US Open Cup returned after last playing in 2019. The 2020 Cup’s first round was initially postponed due to the COVID-19 pandemic before the entire tournament was cancelled entirely. As a result, the 2021 Cup was also cancelled entirely due to scheduling congestion.

The 2022 Cup initially opened with a record-setting 103 clubs participating, according a press release by the United States Soccer Federation.