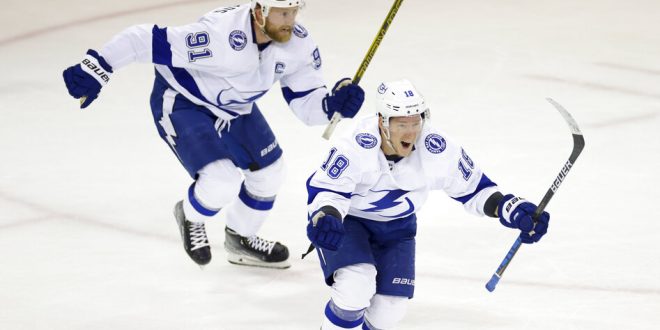 After defeating the Rangers in six games, the Lightning have moved onto their third straight NHL Stanley Cup finals appearance.

Lightning Strikes at the Right Time

After falling to the Rangers in the first two games of the semifinals, Tampa Bay’s title hopes looked unlikely. However, they stormed back at the perfect time. The Lightning won four straight games and beat the Rangers by a series score of 4-2. The series comeback was led by Steven Stamkos, who scored two goals in game six. The center also scored a goal in game three and game four, which both resulted in wins. Although the Lightning came out flat to begin the series, they will have to start stronger in the next series. Their opponent, the Colorado Avalanche, are coming off a series sweep over the Oilers.

Avalanche Have Had Their Way

During the regular season, the Lightning and Avalanche faced twice. Both times, Colorado came out on top.  The Avalanche also ran through the western conference during the season, finishing as the one seed in the conference. They also have lost just twice in their 14 games this postseason. Tampa Bay knows that their opponent will be tough to beat, but remains confident they can pull off the win. Stamkos had high praise for Colorado after the win and noted that his team has a “huge challenge” in their next series.

History on the Line

Two straight championships are always impressive. Winning the Stanley Cup for a third straight year would put Tampa Bay in the history books with just a few others. With this series win, the Lightning would become just the sixth NHL team in history to win three championships in a row. The feat hasn’t happened since 1983.