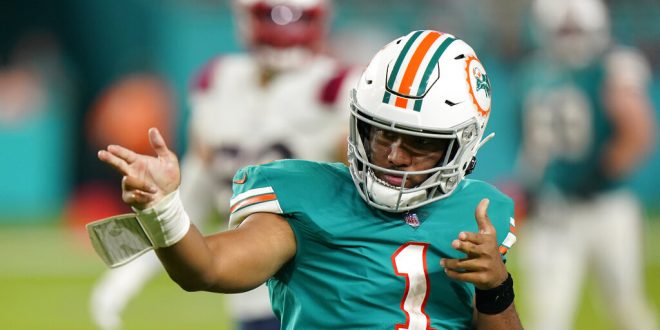 The NFL and other major sports associations have been cracking down on tampering. The Dolphins were the latest to be penalized for what the NFL called “impermissible communications” with Tom Brady while he was under contract with the New England Patriots.

The Dolphins were punished by being stripped of their 2023 first-round pick and a 2024 third-round pick. At the same time, Dolphins owner Stephen Ross was suspended through Oct. 17 and fined $1.5 million. Mr.Bruce Beal, Dolphins’ Vice Chairman and Limited Partner, can not attend any League meetings for the season and will be fined $500,000.

ESPN’s Jeff Darlington explains the charges of tampering given to the Dolphins and ownership.

The investigation from the NFL, released here, diligently goes through the infractions that the Dolphins organization and ownership committed in the past few seasons.

The Dolphins began communicating with Brady in August of the 2019-2020 season while he was under contract with the Patriots. The NFL says that the numerous amounts of conversations held between Dolphins executives and Brady through the season and post were the first infraction.

Then a month later, in January of 2022, the dolphins again had prohibited communication with Don Yee. Yee is the agent for New Orleans Saints head coach Sean Payton. The conversation with Yee involved having Payton become Miami’s new head coach. Miami did not seek consent from the Saints to communicate with Payton the first time. But did request permission once Payton had retired as head coach.

Allegations regarding Ross’ comments on the importance of draft placement over their win-loss record were misunderstandings as put by the NFL. The Dolphins’ head coach at the time, Brian Flores, thought Ross’s comments were suggestions for him to lose games. Flores was uncomfortable with this and voiced his concerns.

In their press release, the NFL said, “One such comment is a claimed offer by Mr. Ross to pay Coach Flores $100,000 to lose games…However phrased, such a comment was not intended or taken to be a serious offer, nor was the subject pursued in any respect by Mr. Ross or anyone else by the club.”