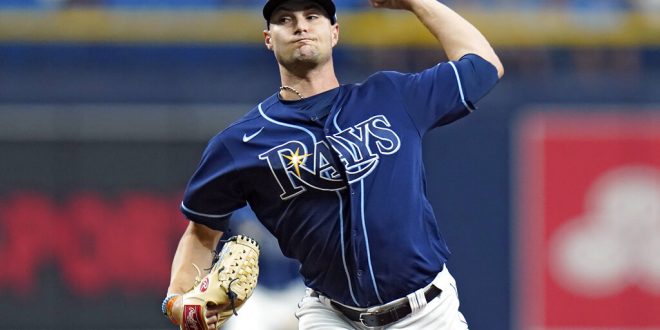 The Tampa Bay Rays are fighting to maintain their wild-card spot for the upcoming MLB Playoffs. They are in a tight battle to finish off with either of the three wild-card positions. The Rays have lost back to back games to the Houston Astros and will conclude their three game series with Houston Wednesday at 6:40 PM.

As it stands, the Rays are slated to face off against the Toronto Blue Jays in the wild-card round. Tampa is barely leading in the season head to head record between the two, 8-7. They will face off for a final four game series starting Thursday. This series will be crucial for Tampa if it wants a shot at taking that top wild-card spot from the Blue Jays.

If it fails to maintain its positioning and falls to the third wild-card spot, it will meet the Cleveland Guardians instead. The Guardians lead the season head to head matchup with the Rays, 2-1. Tampa and Cleveland will meet for a final three game series starting Tuesday.

In their current series against the Houston Astros, the Tampa Bay Rays have been shut out in their first two games. The first game gave way to the Astros winning the AL West division. In the second, Houston put up five unanswered runs. Tampa is struggling to score, as it hasn’t scored in its past 20 innings.

This series hasn’t helped the Rays in their final playoff push. They are neck and neck with the Seattle Mariners for that last wild-card spot. A win Wednesday to close out the series would be important for their momentum heading into the crucial Toronto series.