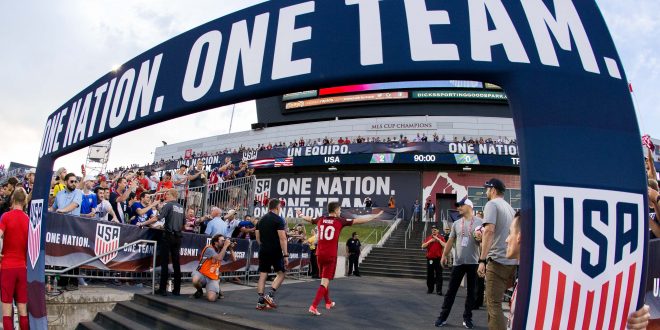 One of the primary issues facing the men’s roster is the lack of a clear starting striker. Striker has long been a problem area for Berhalter’s squad.

The USMNT’s roster for September’s friendlies was recently announced, with the Americans choosing to carry three true-strikers: Jesús Ferreira, Josh Sargent, and Ricardo Pepi. Ferreira has been the favorite to start in recent times, but Pepi has also notably earned starts. Union Berlin striker Jordan Pefok has also been in the mix, but Sargent’s recent strong form recently displaced him.

“BORN IN THE USA” BLASTING AT NORWICH’S CARROW ROAD AFTER JOSH SARGENT BRACE.

The St. Louis-area product banged in both goals in a 2-0 win over Milwall. He has three goals in his last two games in the Championship. 🇺🇸🫡🔥pic.twitter.com/urBSYq8vhL

Expect Ferreira and Pepi to make the World Cup squad. Pefok should also be a favorite. Don’t be surprised if Sargent is able to continue his form and make the November squad.

Another position lacking clarity is center back. Miles Robinson was the clear favorite to start, but he tore his achilles in May. Robinson is doubtful to make the squad because of his injury.

This leaves a huge hole next to Walker Zimmerman in defense. NYCFC’s Aaron Long has been Berhalter’s first choice to start in Robinson’s absence. Long has already been announced as a starter for tomorrow’s match against Japan.

Cameron Carter-Vickers has also been called up after a strong run of form for Celtic. Chris Richards, a Berhalter favorite, was also called up despite a lack of playing time at new club Crystal Palace. Genk’s Mark McKenzie also figures to come back into the fold at some point, having thus far been the highest-graded defender in Belgium’s Jupiler League.

Berhalter will face the tough task of figuring out starters this break. Berhalter will also be focusing on getting key players like Christian Pulisic and Weston McKennie back into top form. Both players have struggled for consistent playing time at their clubs.

The United States takes on Japan tomorrow at 8:26 a.m. The Americans then travel to Spain for a Tuesday match against Saudi Arabia.

Connor O'Bryan is a world soccer reporter for ESPN Gainesville. He has previously written for WUFT Gainesville and for Atrium Magazine. Connor also cohosts the "Off The Bar Podcast", a student driven podcast that focuses on the global soccer landscape.
@ConnorOBryan3
Previous Rebels Beat Gator Soccer 1-0 On The Road
Next A look at the Pac 12 teams in the Top 25 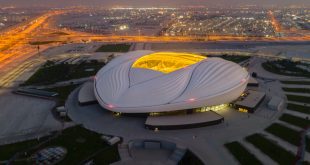 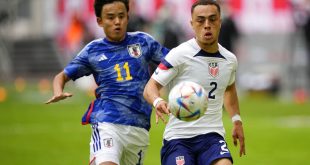