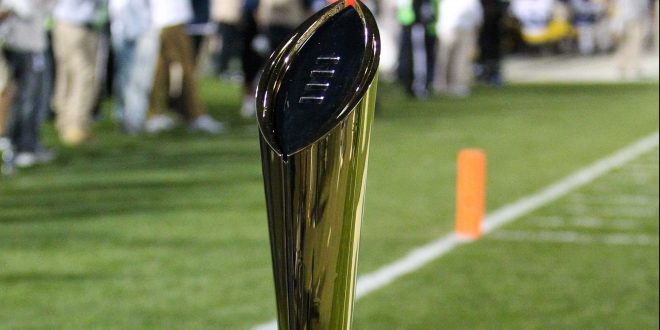 The College Football Playoff Committee released its second national rankings of the season. The new top four of the CFP rankings features two new teams. The SEC leads the country with six total teams in the the recent poll.

This week featured some key matchups that altered the landscape of the rankings. Most notably, the former No. 1 team in the nation, the Tennessee Volunteers, fell to the Georgia Bulldogs. Georgia is now the top ranked team in the country, and Tennessee is down to five.

Two B1G teams hold the second and third spots. Ohio State and Michigan are both undefeated and bound for a collision course in the final game of the regular season. The winner of that matchup will clinch a spot in the B1G title game and will have the opportunity to secure a playoff spot.

Meanwhile, the most interesting team in the top four has to be the TCU Horned Frogs. TCU has a perfect 9-0 record and has beat teams such as Kansas, Oklahoma State and Kansas State. This is the Horned Frogs’ first time in the top four since the CFP rankings were instituted. TCU has a huge game against Texas this weekend to really show if it deserves such a high ranking.

SEC in the CFP Rankings

The SEC is seeming to prove yet again that it is the conference with the most talented football teams. It has six teams total ranked in the top 25 and four of those being in the top 10. The LSU Tigers had a huge victory over Alabama this weekend that placed them at No. 7. The Tigers hold first place of the SEC West and have a spot in the SEC Championship if they win their remaining three games. If they manage to win out, there will be controversy as to whether they should be the first ever two-loss team to make the playoffs.

The Ole Miss Rebels are another team to look out for. The Rebels are currently ranked No. 11 and have only one loss on the season. A tough matchup against Alabama this week could define where they end up in the rankings. They will need to remain perfect if they want a shot at the SEC title.

Two notable teams that made their debuts in the CFP rankings include Notre Dame and Florida State. The Notre Dame Fighting Irish shocked the fourth ranked Clemson Tigers. This victory was huge for Notre Dame as it has had a questionable season under new head coach Marcus Freeman. Although the Fighting Irish’s hopes at the playoffs are diminished, they need all the momentum they can gain for recruiting and the upcoming season.

The Florida State Seminoles have been having a solid season under Mike Norvell. The Seminoles began the season with a close win over LSU who are now ranked in the top 10. Since that win, they have gone 0-3 in their ranked matchups. The Seminoles will head to Syracuse for their last ACC game of the season and will finish off their year against the Florida Gators.