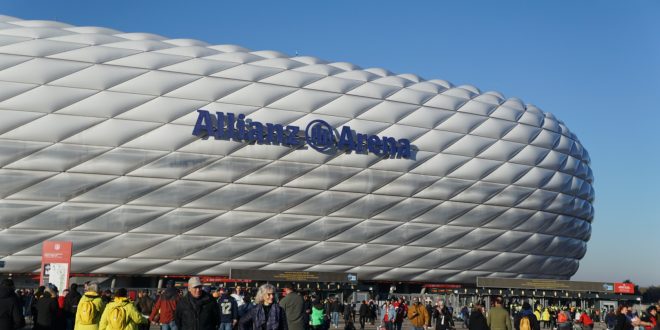 FEATURE—Globalizing the NFL: How Germany Has Become the New Hotspot for American Football

The Tampa Bay Buccaneers and the Seattle Seahawks played in the first-ever regular-season NFL game in Germany on Nov. 13, 2022.

The NFL took Munich by storm as fans from across the United States and Europe celebrated in Bavaria’s capital. Overall, 69,811 fans attended the sold-out game in the Allianz Arena.

The NFL has slowly worked on expanding its presence outside of the US. Its first regular-season game held abroad happened in October 2005 in Mexico City.

The International Series soon expanded — four games in 2016, five in 2017, three in 2018, and five again in 2019. In 2020, the series was suspended because of COVID-19. It resumed in 2021 with two games in London before going back to five in 2022 — also bringing regular-season American football to Germany for the very first time.

Even though London has been hosting regular-season NFL games since 2007, Germany is the NFL’s largest market in Europe at the moment. According to the NFL, Germany has about 19 million football fans — compared to Britain’s 13 million.

Germany will host four International Series games in the next four years, two games in Munich and two games in Frankfurt.

According to German native and Seahawks fan Niklas Juettner, who has watched the NFL continuously for the past two years, this is just the start.

“American football is getting more and more popular in Germany,” he said. “I think this is going to be a historic day since it will be a huge deal and I didn’t want to miss the opportunity because I don’t know when the Seahawks would come back to Germany.”

Looking toward the Future

The New England Patriots mascot and cheerleaders used the first Germany game on Nov. 13, 2022 as an opportunity to visit American troops near the Garmisch-Partikirchen military base about an hour outside of Munich.

This indicates a strong chance that the Patriots will be playing in Germany next season.

“Oh I would love it if the Patriots would come here next.” Luther Vankin, a Delaware native said. “I definitely feel like they would have a strong support here in Germany and I know a lot of us would make it out to the game to support our team.”

The next NFL game in Germany will be hosted at the Deutsche Bank Park in Frankfurt.

While the Patriots have played in international games before, their last regular season game abroad was in 2017 in Mexico City.  Other contenders for the next International Series NFL game in Germany include the Kansas City Chiefs and the Carolina Panthers.

Taylor Fishman is a fourth-year telecommunications major with a specialization in digital film & tv production.
Previous FEATURE: How are Europeans becoming NFL fans despite a lack of access to the sport?
Next Week 11 MNF Preview: San Francisco 49ers v. Arizona Cardinals