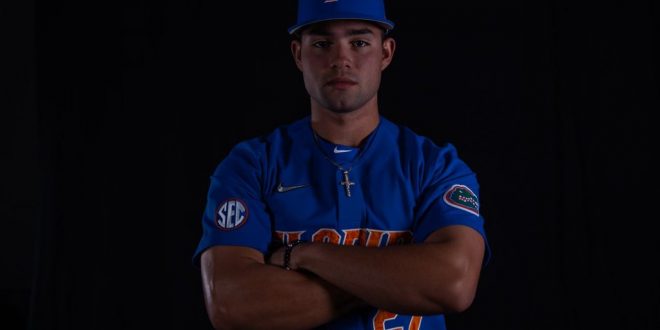 He becomes the fourth player in the last two years to sign with Florida, joining Jake Clemente and Chris Arroyo, who are both freshmen this year with Florida. Jacob Gomberg, who signed on the same day as Christian, will play for Florida in 2023, and junior Jayden Dubanewicz recently announced his commitment to play with the Gators.

“Being signed with Florida is unbelievable,” Rodriguez said. “It is one of the best feelings ever. It’s an amazing school with amazing people. It is the place to be, and I’m so happy to finally be a Gator.”

Rodriguez won a pair of high school baseball State Championships in 2021 and 2022. His team was also named National Champions in both those years and won the National High School Invitational featuring the top 16 teams in the country this past season in a tournament in North Carolina.

Rodriguez also participated for Team USA in the 2021 U-18 Baseball World Cup. Originally selected for the 2022 Prospect Development Program, Rodriguez was then chosen as one of 20 players for Team USA.

He pitched in three games which were all won by Team USA. Scheduled to pitch in the gold medal game, Rodriguez was actually called into relief during the semifinal against Japan. Coming into the game with the bases loaded and nobody out, he struck out the side.

His strong showing in that game earned Rodriguez the International Performance of the Year award for Team USA.

“The thing that separates Christian from other high school athletes is his consistency and focus level,” said his high school pitching coach Mike Cimilluca. “Every bullpen pitch is thrown with a purpose. Every swing in the cage has meaning. His ability to work on his craft and be better than he was the day before is unparalleled.”

Rodriguez’s journey, though, has not always been easy. In middle school, he attended Mary Help of Christians down the street from Marjory Stoneman Douglas High School where 17 lives were lost in a school shooting on Feb. 14, 2018.

Sports shut down in the area following the shooting, and this would not be the last time.

A year later, now attending Marjory Stoneman Douglas, Rodriguez made the varsity baseball team as a freshman. After only eight games, the season was cut short because of COVID-19.

While not being able to play the game he loved, Rodriguez tried whatever he could do to stay active, including spending time with Florida commit and draft pick of the Baltimore Orioles, Coby Mayo, and former Gator pitcher, Timmy Manning.

Rodriguez could not be more thankful for his family. He has the opportunity to play with his cousin and University of Central Florida commit, Alex Rodriguez. He also played with his other cousin Angel Rodriguez and brother Johnathan Rodriguez.

His father, Rafael Rodriguez, also worked as the Booster Club President and called his son’s success a Disney movie.

“It is an absolutely surreal feeling to see the level of success being achieved as a parent,” Rafael Rodriguez said. “Most people see the trophies, the medals, the accolades, but they don’t see the endless hours and sacrifices required to achieve this high level of success.”

Christian Rodriguez still has one year left on the varsity baseball team. He will be looking to help the Eagles become the first-ever public school in Broward County to win three straight State Championships. They open their season in the Big-8 Tournament as the top-seed early next year. He will also be eligible for the 2023 MLB Draft in June.

Previous Lightning Slay the Kraken
Next Mike Leach Dies at 61