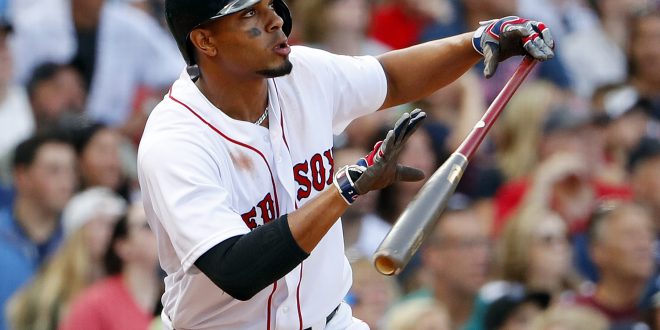 This MLB offseason has brought hope to many franchises for the future with their big strategic signings. Unfortunately, that cannot be said for every team. Now there is still time for teams to make moves, and there is still some great talent that hasn’t been signed yet. However, not every team has made the best possible moves for their franchise. Some teams have lacked to make any moves at all which has also given some fans a frustrating offseason.

We will see how these teams shape up before the opening day. As of right now, these teams will have to really make a splash to salvage their offseason.

This may not come as a surprise for Red Sox fans but despite a couple of decent moves, the Red Sox have made their bed. Not keeping their homegrown talent seems like a specialty of the Red Sox lately. Not bringing Xander Bogaerts back was the worst thing they could have done. They did not want to give him the contract he wanted and now he has packed his bags and moved to San Diego.

After winning the championship in 2018 the Red Sox have gutted pretty much everyone from the team. Including trading away Mookie Betts in 2020 who was arguably the second-best player in all of baseball at the time.

Now the Sox have made moves like signing closer Kenley Jansen to a two-year deal. That is a good pickup for a team who didn’t even have a consistent closer that they can rely on all last season.

They also signed left fielder Masataka Yoshida to a five-year $90 million deal. That was the big splash move they made that I believe was a really good move. However, Yoshida is coming from Japan we do not truly know how he will perform against MLB competition so even a move like that comes with its uncertainties. The Red Sox are in a major market but have not been spending like it in quite some time.

Now there is still time left and you can never rule out the Dodgers in any offseason to figure something out. After the loss of Trea Turner, many expect LA to replace or reload on the offensive side of the ball. That seemingly has not happened yet and it is leaving people to question what they have up their sleeves.

The Dodgers have made huge moves in the past few years including picking up Freddie Freeman last offseason. So far the only notable pickup the Dodgers made came on Wednesday for pitcher Noah Syndergaard. Which does add depth to a rotation that is stacked when healthy. We still do not know for sure how much we can expect from him at this point in his career.

In an offseason where they lost Cody Bellinger, Trea Turner and Justin Turner what is next for the Dodgers? The first four players in their lineup are great but after that, there really is not much to write home about. Will the Dodgers make a move to pick up infielder Dansby Swanson? There is still time but so far the Dodgers have been lackluster this offseason, to say the least.

The Blue Jays have not had the worst off-season so far. However, in an offseason where the Blue Jays have been in on almost every single star-free agent, things have not gone well for them. It seems like everyone has been waiting for that big splash for the Jays to put them over the top.

After a 92-win season last year, they seem to be in a good position but still could not keep up with the Yankees or Astros during the season which some expected. Toronto did pick up Chris Bassitt to solidify their rotation that struggled with injuries last season which is a solid move.

The Blue Jays do seem to be a bat or two away from a deep playoff run and they have not been able to make any moves so far to address that issue in the offseason.