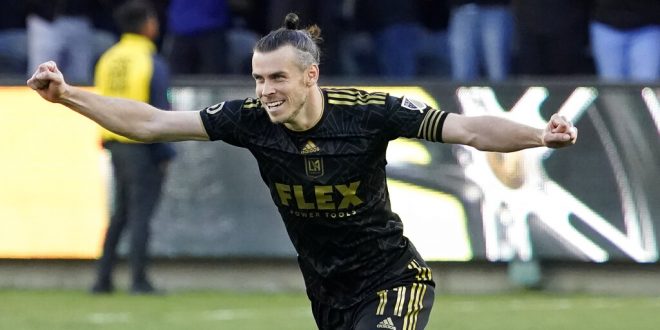 Wales and Real Madrid legend Gareth Bale has announced his retirement from professional soccer at 33.

This marks the end of an outstanding career for Bale, one noted by playing for four clubs in three different nations, as well as becoming arguably the best Welsh player ever.

“From my very first touch at Southampton to my last with LAFC and everything in between, shaped a club career that I have an immense pride and gratitude for. Playing for and captaining my country 111 times has truly been a dream come true,” said Bale in his retirement announcement.

Bale began his career at English club Southampton, debuting at just 16 during the 2005/2006 Championship season. Oddly enough, Bale played left back. While at Southampton, the Welshman became known for his pace and ability to get into attacking spaces. In the 2006/2007 season, Bale’s first as a starter, he totaled 5 goals and 8 assists in 38 matches.

The forward’s breakthrough season earned him a big move to the Premier League, where he signed for Tottenham in 2007 at just 18-years-old. Bale’s first few seasons in London started slow, although he did gradually earn more starts. The 2010/2011 season saw Bale shift into more of an attacking role, and the star never looked back.

2010 was a breakthrough year for Bale, where he totaled seven goals and two assists in 30 Premier League matches. Bale also had an impressive Champions League campaign, totaling seven goal contributions in nine matches.

Bale’s next season would truly launch him to superstardom, as he totaled 10 goals and 14 assists in 36 matches. He notched 21 more goals the following year.

Those breakthrough seasons would earn Bale a move to Real Madrid. Madrid bought Bale for a massive $111 million, which at the time was a world-record fee.

In Spain, Bale joined the famous BBC trio, joining fellow superstars Karim Benzema and Cristiano Ronaldo. Bale had an illustrious career in Madrid, totaling eight seasons and 19 trophies. With Madrid, Bale won La Liga three times in one of the most competitive eras in league history. Bale also won the Champions League five times with the Spanish club, with famous moments like his bicycle kick during the 2018 final.

Bale’s club career began tapering off following an immense period of success. Bale was loaned back to Tottenham for the 2020/2021 season, where he notched 11 goals and two assists.

Bale moved to MLS club Los Angeles FC in 2022. While Bale did not have a poignant half-season for LAFC, he was able to contribute. Bale notched a clutch 128th minute header to send the MLS Cup Final to penalties, where Los Angeles FC secured their first championship.

Bale also had an impressive international career with Wales, finishing as their most-capped player (111). He also scored 41 goals for the Dragons, a national record.

Bale always had Wales punching way above their weight. The Welshman had a massive campaign at the 2016 Euros, leading the squad to the tournament semifinals where they would lose to eventual champions Portugal. Bale contributed to Wales’ qualification for the 2022 World Cup, the nation’s first since 1958.

Few players in soccer history have had the immense impact for club and country that Bale did. While his career tapered off over the last few seasons, soccer fans will always remember his triumphs with Wales and Real Madrid.

Connor O'Bryan is a world soccer reporter for ESPN Gainesville. He also sometimes covers baseball and other sports. He has previously written for WUFT Gainesville and for Atrium Magazine. Connor also cohosts the "Off The Bar Podcast", a student driven podcast that focuses on the global soccer landscape.
@ConnorOBryan3
Previous Gators Women’s Basketball Comes Up Short In 82-77 Loss to Georgia
Next Pat Dooley’s Back Nine (January 9th) 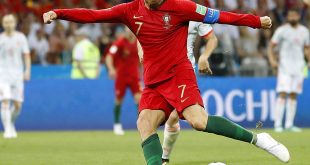