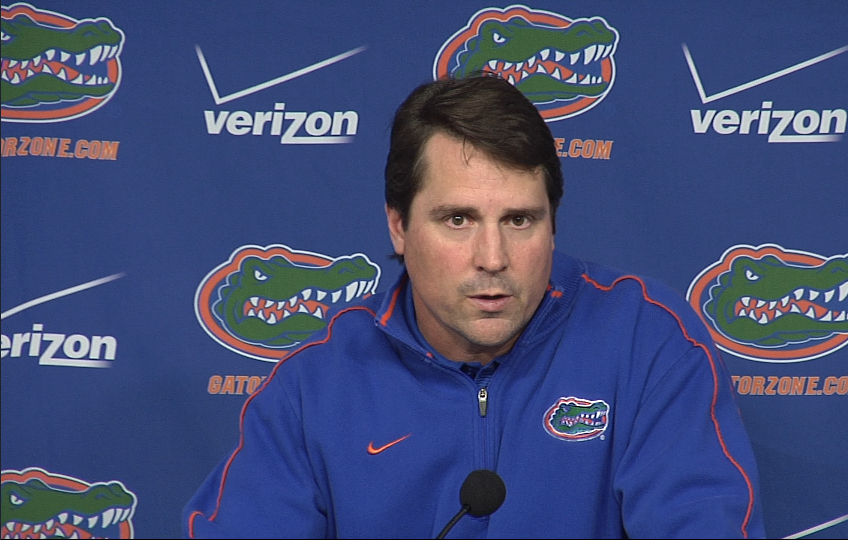 GAINESVILLE, Fl. – Florida Gators Football Head Coach Will Muschamp addressed the media Monday morning after the Gators had the week off thanks to the bye week.

Florida (4-3, 3-2 SEC) faces Georgia (4-3, 3-2 SEC) in Jacksonville, Fl. in a rivalry game that could ultimately decide who, more than likely, gets the honors of facing the Alabama Crimson Tide in the SEC Championship in Atlanta, Ga. December 7.

Muschamp also addressed a season plagued by injuries. According to Muschamp, linebacker Darrin Kitchens looks to be doubtful against Georgia due to a shoulder injury. Quarterback Tyler Murphy has been limited in practice but should be full speed by Saturday. Linebacker Ronald Powell ran well last week, but the coaches are still not sure whether he’ll play Saturday. Redshirt freshman tight end Colin Thompson looks to be “doubtful”. Defensive lineman Damien Jacobs should be full speed this week. Jeremi Powell will have surgery next week to repair his ACL, torn in last Saturday’s game against Missouri.