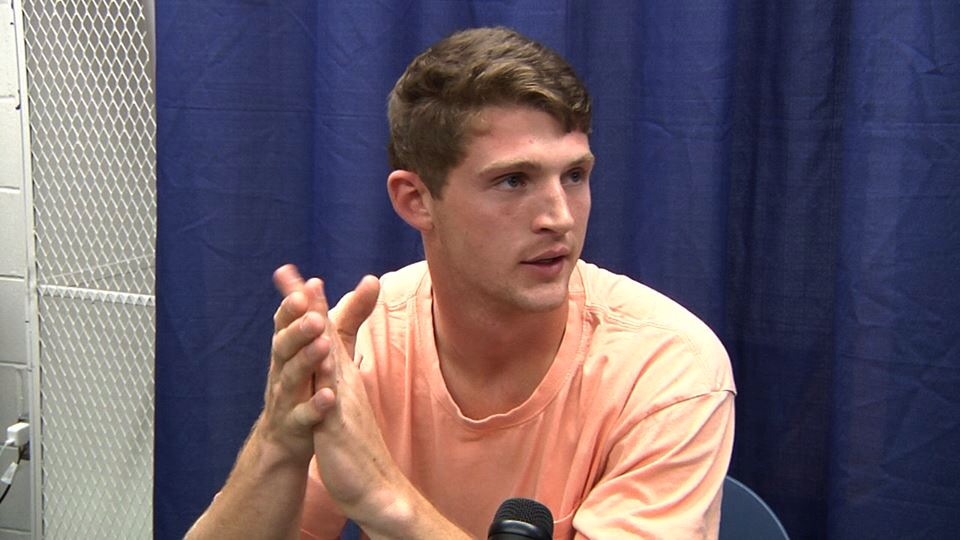 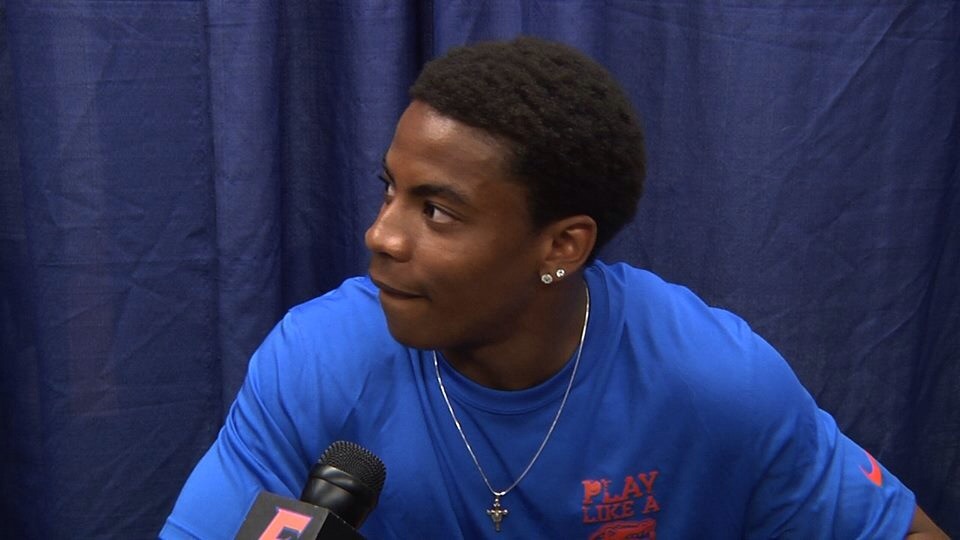 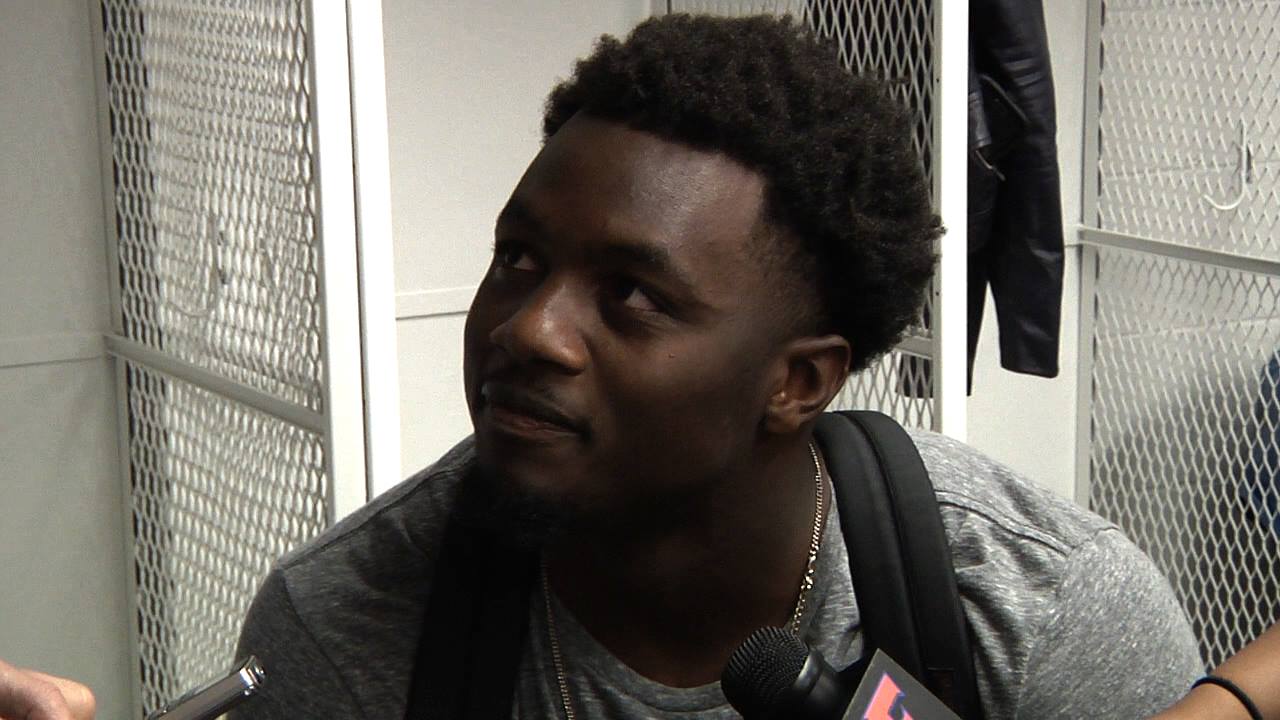 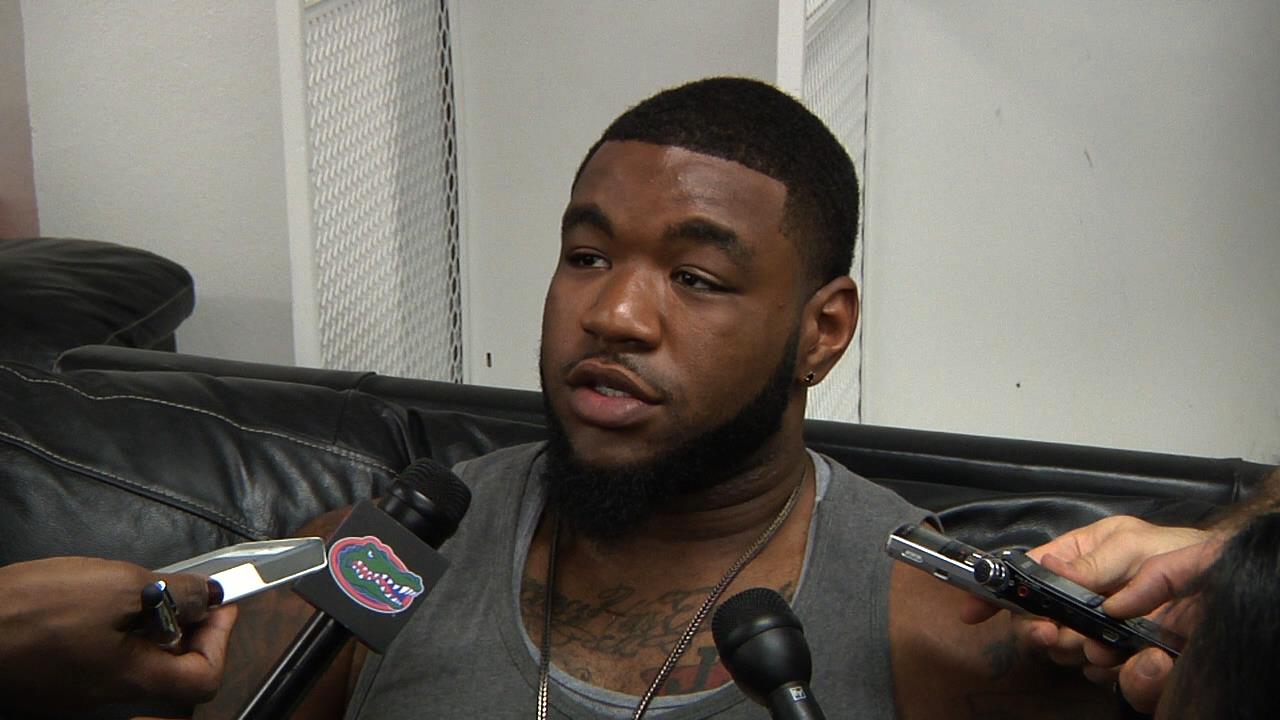 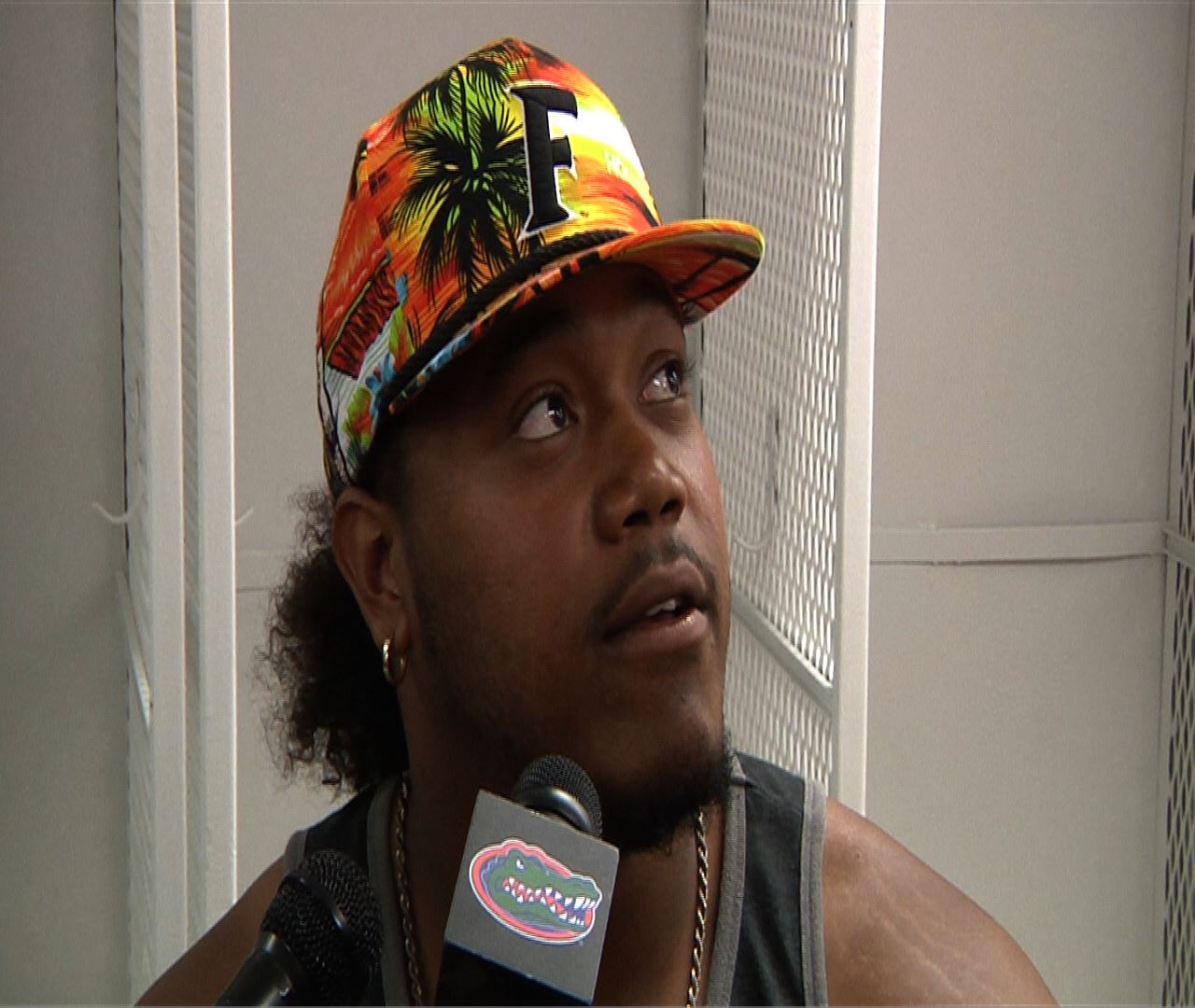 It’s back to the gridiron for the Florida football team as it prepares for the annual Orange and Blue Debut game on Saturday.

Jeff Driskel, Vernon Hargreaves III, Dante Fowler Jr, Max Garcia, and Chaz Green talked Wednesday about Florida’s progress during spring practice and the development of the new uptempo offense under offensive coordinator Kurt Roper. Driskel said he’s comfortable and confident in the new offense and hopes to show that to fans on Saturday.

“I think I’m picking up the offense well, Driskel said.” Just like everyone else it’s a new offense for me too but I’m learning with everyone and ironing some things out. I think it’s coming together quickly.”

“I feel it fits not only me, but all of our players, he said.” “We have a lot of guys who can make plays in space and this offense creates space.” We’ve made some big plays against our defense so it’s exciting. I think we’ve done a really good job for only being 12 practices in.”

Driskel’s 2013 season ended prematurely after suffering a broken leg in a victory over Tennessee. Driskel suffered the season ending injury early in the first quarter as he was throwing a pass that was intercepted and returned by the Vols for a touchdown. However, now that the 2013 college football season is long gone, things are beginning to look a lot brighter for the Florida football team. With spring, comes a fresh start and a new season.

Driskel is now the unquestioned starter and has embraced a leadership role both on and off the field and his teammates are taking notice. One player in particular is sophomore All-American Vernon Hargreaves. Hargreaves said he believes Driskel is ready to lead the offense and define his UF career this upcoming season.

“Jeff is a great player. I think he’s one of the best players in college football and doesn’t get the attention he deserves,” Hargreaves said. “He’s handling the offense like he’s been in it for four years and he just learned it this spring whenever Coach Roper came in. I’m excited for him this year.”

The Tampa native is also stepping up as he is entering his second season at UF.

Hargreaves recorded 11 pass breakups as a true  freshman and he may be one of the most talented cornerbacks in the nation, but says he’s always looking for ways to improve.

“I just need to be a better leader,” Hargreaves said. “A lot of guys are looking up to me now, a lot of freshman corners we have now. Just being a better leader and staying on top of my game.”

Hargreaves is setting an example for the secondary, which loses Jaylen Watkins, Loucheiz Purifoy, and Marcus Roberson to the NFL Draft.  Freshmen Duke Dawson and Jalen Tabor are fighting for the corner spot opposite Hargreaves.

Hargreaves advice to some of his younger teammates, is to remain determined and focused.

“You’ve just got to focus. Focus on what you can do because it’s hard and coming at you fast, especially with the up-tempo offense we have,” Hargreaves said. “Everything is faster than what it usually goes. I tell them to be focused. Everything else will take care of itself.”

All eyes are on Florida and anticipation is high with the return of Driskel and the development of the new offense. Red shirt sophomore offensive lineman Chaz Green says the Gators are looking forward to showcasing their progress.

“I think one of the greatest things is coach Muschamp having fans come out to watch us so they can see what we’ve added into the scheme,”  Green said. “It’s always great playing in front of the fans. Playing in the Swamp is one of the most unique venues in the nation so I’m definitely looking forward to it.”

You can catch the Gators in action on Saturday at 1:30 PM at Ben Hill Griffin Stadium. Chaz Green on playing in the swamp