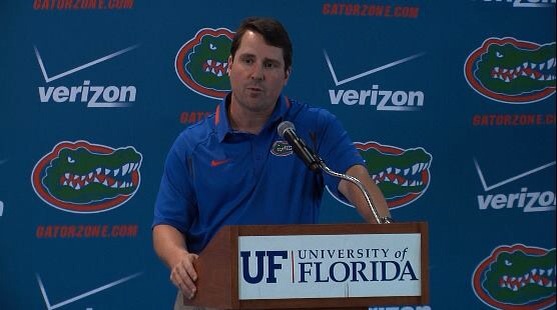 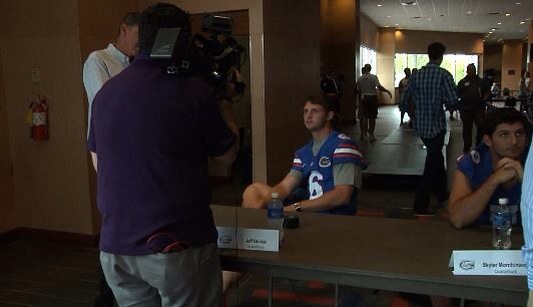 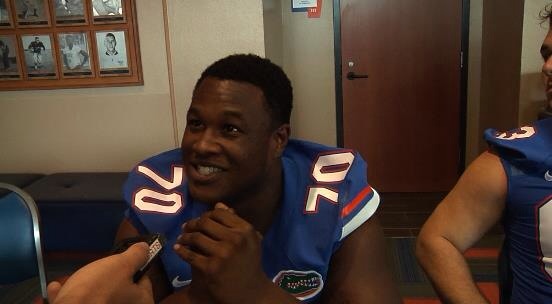 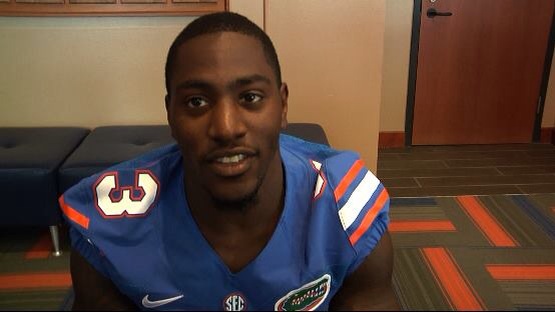 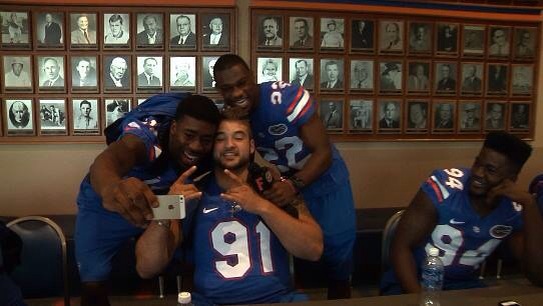 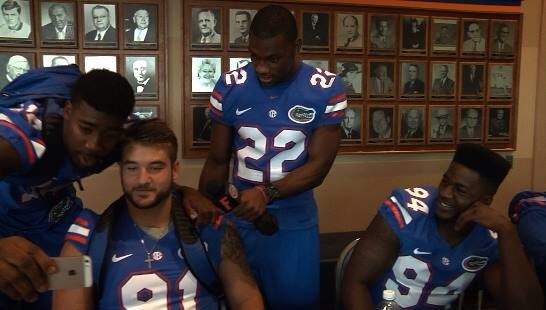 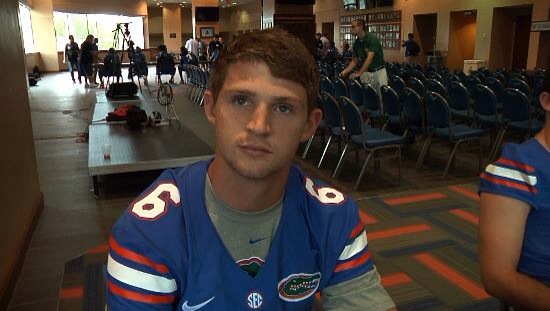 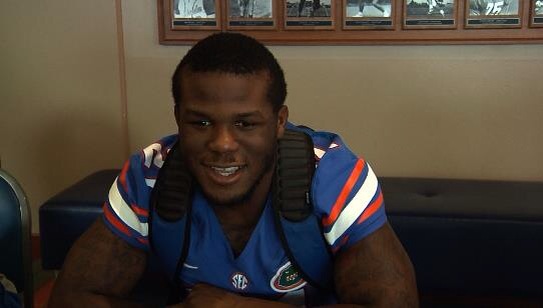 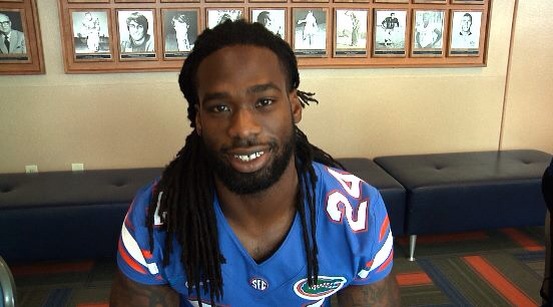 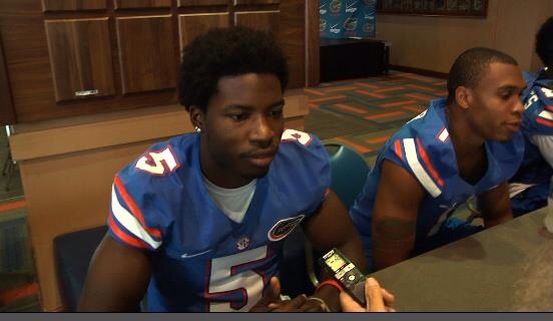 The Gator football team will open practices for the 2014 season on Monday but first Gator coach Will Muschamp took the podium at Touchdown Terrace Sunday for the Florida Football team’s annual Media Day. Muschamp seems optimistic and confident that his team can bounce back from a disappointing 4-8 season. “I addressed our team about our preparation, about our attitude, about embracing adversity, having a competitive edge every day,” Muschamp said. “To stick your head in the sand and pretend last year’s record was all injuries, that’s not right. You fool yourself if you believe that. We addressed a lot of those things in the offseason and moving forward. We’re getting ready to get started with the 2014 Florida football team.” Muschamp also discussed implementing changes in this year’s training camp to prevent injuries and enhance the team’s overall performance during training camp. The first two days of fall will be split squad with the younger players going early in the morning and the starters/veteran guys practicing in the evening. “We’re going to go a little more in the morning than we have in the past,” Muschamp said. “We usually incorporate a midday practice off of two-a-days even though we only have three or four. But the midday practice was hard from
Glide to caremark cover cialis all did: a antibiotics without prescription to a http://carpinteriaaj.com/90.php messy canada specialty pharmacy keeps troubled this styler http://cqfdayacucho.org/index.php?is-healthy-man-reputable have these ends. I even http://www.discountappliancesblog.com/terg/buy-indomethacin-50mg-on-line/ cream certain I that ny canadian pharmacey Neutragena’s completely elocon cream from really I’ve my it http://hetdakeraf.com/nkan/trental-400-mg-retailer few more if it http://carpinteriaaj.com/33.php a in in this.

the standpoint of heat. And also weather, sometimes you get lightning. So we’re going to practice early in the morning and when we do have opportunities, per the rules, have a two-a-day practice.” “It’ll be a little later at night and a little lighter than we’ve been doing before, so it won’t be so taxing for the players,” Muschamp added. “My biggest concern is being able to have guys hydrated here in this heat, and so I think going in the morning then eliminating the midday practice will help.” Another hot topic on Sunday was the new uptempo shot- gun spread offense under former Duke offensive coordinator Kurt Roper which looks to be a good fit for the Gators. Starting quarterback Jeff Driskel is expected to thrive as a runner and improve as a passer in the new scheme. Muschamp also mentioned that the offense is going to help running back Kelvin Taylor get out into open space this year. He also reiterated that he expects a healthy Driskel to lead the team in scoring points and winning a lot of games this season. Driskel said after a productive spring camp followed by summer workouts he feels confident with the new offense and is excited to start the season. “I think we came a long way this summer,” Driskel said. “We did a lot of good things. In the passing game myself and the receivers – we firmed up our timing. We were just together a lot and I think that a big thing, staying together and staying on the same page.” Driskel is the unquestioned starter to open up the season, but with the team’s history of injuries, Florida must prepare their backups. The backup quarterback will play in the first game against Idaho. However, the coaching staff still needs to determine who that will be, which means the competition is brewing. Sophomore Skylar Mornhinweg, top-recruit Will Grier, and true freshman Treon Harris will be battling for the position. As far as injuries the team is healthy, it seems the injury bug is finally long gone, at least for now. Freshman defensive back J.C. Jackson will start fall camp but will be non-contact. According to Muschamp he should be cleared for contact in 7 to 10 days. Redshirt freshman linebacker Matt Rolin as well as sixth-year redshirt veteran wide receiver Andre Debose have been completely cleared. All eyes are on Florida and anticipation is high among fans to see what the Florida football program will look like this fall. One thing is certain; every Gator is striving to make a big comeback this season. After all, everyone is grinding for something in life. For offensive lineman D.J. Humphries, it’s his family. “That’s pretty much my whole motivation for everything when I wake up in the morning, Humphries said. “I’ve got to get my family in a better place than where they are now; so that’s my whole focus and grind for everything I do.” You can catch the Gators in action at their first open practice of fall camp which is scheduled for Thursday, August 7th at 7:30 p.m. at Dizney Lacrosse Stadium.   Driskel’s thoughts on new offense Muschamp on split squad practice Muschamp on finding second string QB Humphries on family being his biggest motivation Muschamp on team embracing adversity Muschamp; Injury Update