With the first home exhibition game nearly 20 days away, new Florida men’s basketball coach Mike White is continuing to get his team ready for the 2015-2016 season. White says this year’s team has a lot of players they can rotate in while they continue to work hard in training. “We like our depth; we love the character of this team. They are really working, the competitiveness, guys have really embraced our lack of communication,” he said. One of the players White mentioned that has improved with communicating on the court is redshirt freshman Brandone Francis-Ramirez. The 6 foot 5 guard sat out last season as he was academically ineligible. Francis-Ramirez says even though he is a freshman he doesn’t mind assisting his teammates. “That’s what I’m here for, even though I’m a freshman, I’m a little but older than these guys.” said Francis-Ramirez. “We’re a family; we have to help each other.” Even though Francis-Ramirez is listed as a redshirt freshman he brings size and shows the ability to shoot after winning the 3 point contest at Gator Madness. Another player to watch this season is sophomore forward Devin Robinson. Last season Robinson averaged just over six points and two rebounds per game and was named to the SEC All-Freshman Team. Robinson says he is

trying to go harder to the basket to help the team. “I’m just trying to go harder. When my defender looks away I’m just going to attack the rim every single time. I know that’s what we need. I know that’s what they expect of me. So I do everything I can to get it done.” With the season rapidly approaching Robinson says the team has no choice but to get used to the style of play under their new head coach. “I mean people are starting to get used to it. We have no choice but to get used to it. We have a game coming up soon.” Florida’s first season under Mike White tips off with an exhibition game against Palm Beach Atlantic in the O’Dome November 5th. 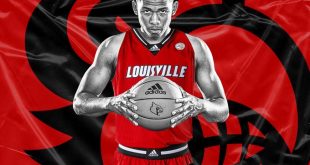