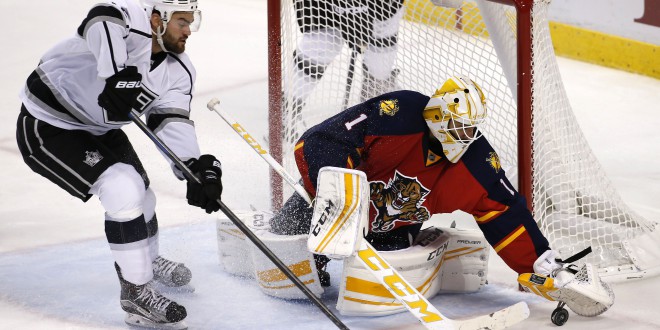 The Florida Panthers have now lost three in a row after they fell Monday night to the LA Kings 3-1.

The only scorer for the Panthers was Aleksander Barkov, while the Kings had points put up by Tyler Toffoli, Alec Martinez, and Marian Gaborik.

Toffoli was the first to score in the first period after about 7 minutes of play. The Panthers were able to respond with a goal from Barkov later on in the second period to tie the game. However, with the score tied, the Kings were given a leg up with a score by Martinez, bypassing Panthers goalie Roberto Luongo. The Kings were then able to secure their victory with a third goal early in the third period by Gaborik.

LA Kings defenseman Martinez explains that this win was a big confidence booster.

Up next, the Panthers take on the Islanders on Friday, November 27.