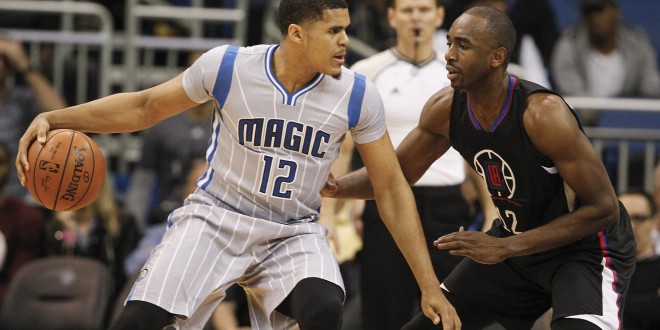 Thursday February 18th at 3 p.m. the NBA Trade Deadline will officially come to a close. However we have already seen moves made that will make an impact in the league and even in the sunshine state. The Orlando Magic have traded SF Tobias Harris for Detroit forward Ersan Ilyasova and guard Brandon Jennings. Magic GM Rob Hennigan says this deal benefits Orlando.

What Orlando is getting: They bring in Ilyasova who is averaging just over 11 points a game alongside 5.4 rebounds a game second on the Pistons behind Andre Drummond. Brandon Jennings has not had the best year thus far with 6.8 PPG and 3 assists.

What Orlando is giving up: Tobias Harris has given the Magic solid production this season. The teams starting small forward brought in seven rebounds a game alongside an impressive 13.7 point per game average.

The bird man has migrated from Miami, leaving for Memphis in part of a three way trade between the Heat, Hornets, and Grizzlies. Chris Andersen didn’t see much of the floor this season averaging under 2 points a game.

As far as the rest of the league goes there still some big names on the trading block. Former Florida Gator Al Horford has been rumored to be leaving Atlanta. However according to the Hawks GM Wes Wilcox it is going to take an incredible trade offer to pull big Al out of A’Town.

Head coach Billy Donovan and the Oklahoma City Thunder are hoping that they can keep Kevin Durant around. Rumors of Durant heading to California to join the Warriors or even the Clippers have started to circulate but no moves have been made.

The time is ticking and there are only a few more hours before teams must make that final push to get their guy.