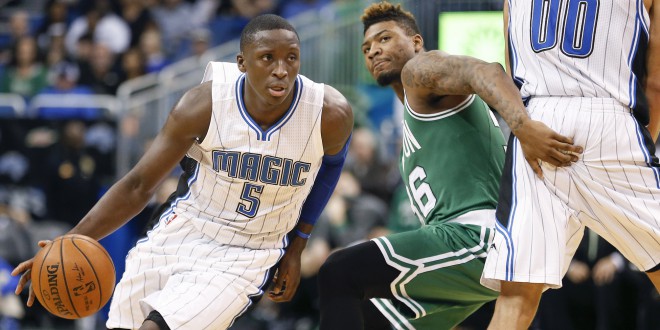 Orlando Magic Look Ahead to Second Half of Season

With the All-Star Weekend over, the NBA regular season picks back up this week. The Orlando Magic will face the Dallas Mavericks tomorrow night to start the second half of the season. The Magic currently have a record of 23-29 and are 3.5 games back from the eighth spot in the East.

Before the trade deadline, Orlando was able to make a trade with the Detroit Pistons. The Magic lost starting forward Tobias Harris, but gained point guard, Brandon Jennings, and forward, Ersan Ilyasova. Orlando head coach, Scott Skiles, said he was sad to see Harris go, but is looking forward to working with Jennings and Ilyasova. In fact, this won’t be the first time he’s worked with either of these players.

In his previous coaching stint, Skiles coached both Jennings and Ilyasova in Milwaukee. His familiarity with them should help make a smoother transition for the new players and the team as a whole.

With this trade, the Magic are hoping to make a late push to the playoffs. If they make it, this would be their first appearance since 2012. They are only 3.5 games behind the Charlotte Hornets who sit in eighth place currently. In a press conference, general manager, Rob Hennigan, discussed the trade and the effect it would have on the team for the rest of the season.

Rob on trade: "We've been looking for more veteran stability on the roster … To help us make a playoff push the rest of the season."

The Magic will rely on its young cast led by Nikola Vucevic, Evan Fournier, Elfrid Payton and Victor Oladipo the rest of the season. In order to make the push to the playoffs, everyone will need to contribute more. As one of the youngest teams in the League, they will be hungry for their first taste of the playoffs.

Orlando will take on the Dallas Mavericks to start the second half of the season tomorrow night at home.