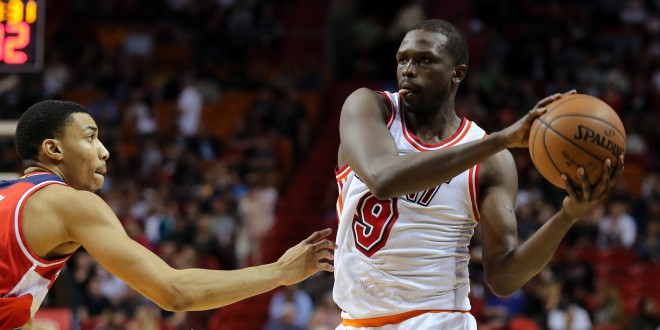 The Miami Heat (32-24) will try to repeat history against the league best Golden State Warriors. The Heat are currently on a three game win streak since returning from the All-Star break and will face their biggest challenge yet. The Heat are coming off a thrilling 101-93 overtime win over the Indiana Pacers. Heat guard Dwyane Wade returned after missing the last two games with a sore knee and struggled, shooting 4-for-21 and scored 16 points. Wade is expected to start against the Warriors and injured forward Loul Deng is also expected to play.

The 50-5 Warriors have the NBA’s best record and will continue to chase the 1995-96 Chicago Bulls for the best record in NBA history (72-6). The 1995-96 Bulls lost their sixth game when they played the Miami Heat. It is déjà vu all over again with the Heat trying to serve a potentially season record breaking team their sixth loss. The last time both teams met, the Heat suffered a 111-103 loss to Warriors in Oakland.

The Warriors last loss was against the Portland Trailblazers, when Trailblazers point guard Damian Lillard scored 51 points. Since then the Warriors have rebounded in their last two games against the Los Angeles Clippers and Atlanta Hawks. The Golden State Warriors became the fastest team in NBA history to reach 50 wins with their victory over the Atlanta Hawks. They also signed Anderson Varejao after he was traded by the Cleveland Cavaliers in a three team deal and cut by the Trailblazers. Varejao spent his entire 12 year career with the Cleveland Cavaliers.

Much as been made about Heat center Hassan Whiteside and Warriors forward Draymond Green’s twitter beef over  “smallball” in the offseason. Heat columnist Ethan Skolnick quoted Green’s comment on Whiteside before the matchup.

Draymond Green on Whiteside: "His name ever been on my Twitter?"

Hassan Whiteside and the Heat only give up 96.5 points per game, which is ranked second in the NBA. They’ll look to slow down Draymond Green, the Splash Brothers (Stephen Curry and Klay Thompson), and the Golden State Warriors who score a league best 115 points per game.

Tip-off is set for 7:30 p.m. in Miami at the American Airlines Arena.