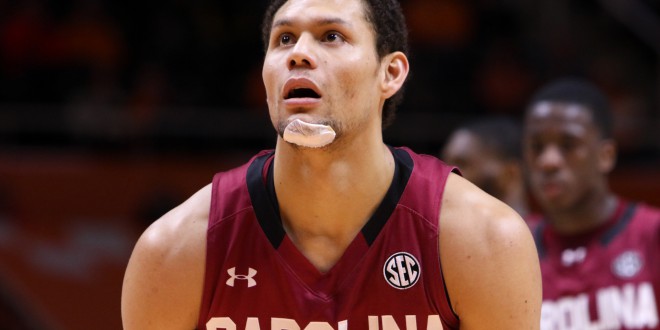 The Gamecocks are coming off a victory against the Florida Gators in overtime 73-69, making it Head Coach Frank Martin’s first win against the Gators.

During the game, senior Michael Carrera had 20 points including two crucial foul shots in overtime that pushed the Gamecocks to victory. Junior Sindarius Thornwell contributed 17 points. South Carolina is currently 22-5 overall, 9-5 in the SEC, and sits second in the conference.

With having lost to Tennessee January 23rd 78-68, the Gamecocks seek revenge with the game tonight.

The Volunteers are 13-14 overall and 6-8 in the conference. They are coming off a win against LSU after two consecutive losses. Leading scorer for the Vols are senior Kevin Punter, averaging 22.2 points per game and 3.5 rebounds, and senior Armani Moore averaging 11.8 points per game.