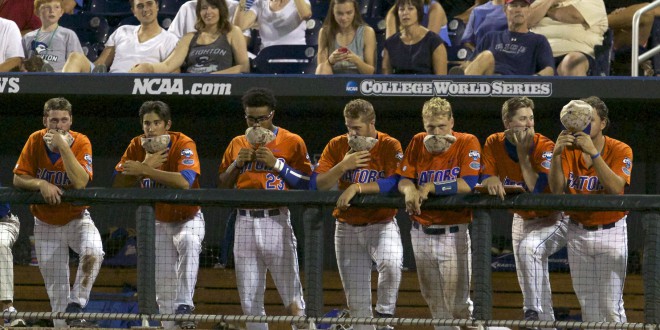 Today the top-ranked Florida Gator Baseball team (5-0) will visit the sixth-ranked Miami Hurricanes (4-0) in the midst of a five game in-state road streak.

The Hurricanes are coming off of Wednesday’s 7-6 extra-inning win at home against St. Thomas. Meanwhile, that night Florida earned an 8-7 walk-off win in Lakeland against Eastern Michigan. The Gators will look to continue their offensive hot streak, outscoring opponents 44-20 so far this season.

While Florida has dominated offensively, they’ve also had to rally from behind for three of their five victories.

Tonight the Gators will send junior right-hander Logan Shore (1-0) to the mound, while senior lefty Thomas Woodrey (1-0) gets the start for the ‘Canes.

O’Sullivan will earn his 350th head coaching victory if the Gators win one of their three games this weekend. Florida has won 21 of it’s last 26 meetings with Miami.

These teams last met in the College World Series, where the Gators put on dominant performances to take 15-3 and 10-2 wins in Omaha. First pitch from Alex Rodriguez Park is set for 7, but you can catch coverage on ESPN Gainesville 95.3 starting at 6:55.