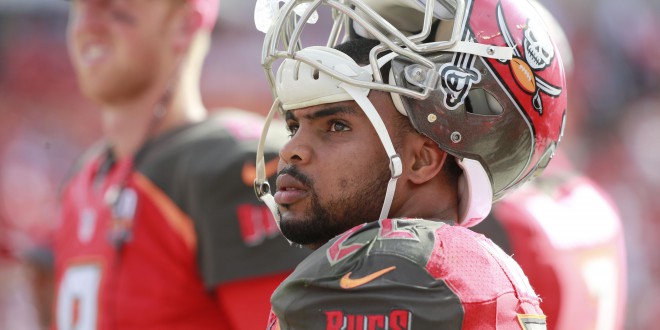 Free Agency Begins in the NFL

That’s right football fans… after days of rumors, trades, and news, today is the day the deals become official.

NFL free agents can begin to sign today, Wednesday, at 4 p.m. Some of the teams with the most cap room to work with include the Oakland Raiders, the Jacksonville Jaguars, the San Francisco 49ers, the Philadelphia Eagles, and the New York Giants. Few teams are said to have cap room over $50 million.

A few of the big names to watch out for include Jets player Ryan Fitzpatrick, Malik Jackson (Jaguars), Kelechi Osemele (Raiders), and Olivier Vernon (Giants).

ESPN confirms that Doug Martin has reached a five-year deal with the Tampa Bay Buccaneers worth more than $35 million.

Malik Jackson has confirmed that he will be joining the Jacksonville Jaguars thanks to a six-year contract worth $90 million. Jacksonville has also officially picked up running back Chris Ivory as well. The Jaguars have more than $79 million to spend under the salary cap this off season. Adam Schefter says teams, like the Jaguars, may be paying more for certain players than they normally would.

An unexpected jump from the Broncos,  quarterback Brock Osweiler signed a four-year contract with the Houston Texans worth $72 million. This may come as a shock but the Texans seemed to have offered Osweiler a deal he could not pass up. He will be joined by former Dolphin running back Lamar Miller who signed for $26 million with the Texans.

Another notable signing, linebacker Bruce Irvin has a signed a four-year deal with the Oakland Raiders worth $37 million.

The Miami Dolphins have agreed to sign defensive end Mario Williams to a two-year contract worth $17 million. Schefter says this move could result Olivier Vernon leaving in free agency and becoming the next top pass rusher on the market. The Dolphins have also officially picked up cornerback Byron Maxwell and linebacker Kiko Alonso in a trade with the Philadelphia Eagles. The Eagles received the Dolphins No. 8 pick in the draft in exchange for Alonso, Maxwell and the No. 13 pick.

After so many rumors, questions, suspected deals, and only 32 teams to make it all come together, today is the day to end the rumors and begin the official signings.