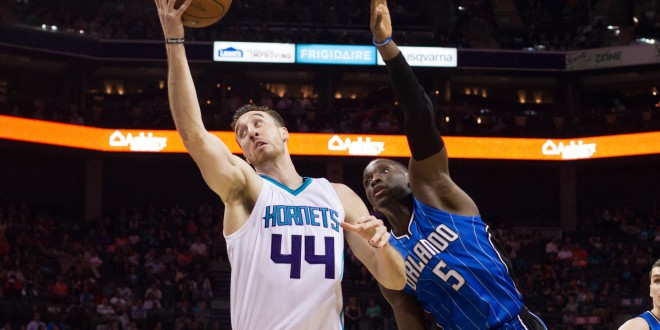 Magic Fall on Road to Hornets

The Orlando Magic fell to the Charlotte Hornets on the road Wednesday night, 107-99.

The Magic got off to a solid start and held a 30-26 lead at the end of the first quarter. But, the Hornets’ offense exploded in the second quarter, outscoring the Magic 35 to 13. Orlando headed into halftime down 61-43.

In the second half, the Magic began to chip away at the Hornets’ lead and pulled within six with less than two minutes to go in the game. But, Charlotte shooting guard Nicolas Batum made a layup with 45 seconds left, and the Magic would not make another shot. The loss gives the Magic a 3-6 record in the month of March.

The Magic rallied back from a 26-point deficit, but their comeback effort fell short in Charlotte. pic.twitter.com/RkwZ62voZU

Following the game, Victor Oladipo, who led the Magic with 25 points, three assists and five rebounds, said the Magic have to be more prepared to play each night. The Magic have not won back to back games since defeating the Atlanta Hawks back to back on February 7 and 8.

Orlando center Nikola Vucevic did not play last night as he continues to rest a strained groin.

The Magic now hold a 29-38 record for the season. The team will face the Cleveland Cavaliers at home on Friday before embarking on a four game road trip.

Junior telecommunication student at the University of Florida. Passionate about all things related to sports.
@@EllenBazley
Previous Gator Softball Bounces Back Following First Loss of Season, Defeats Winthrop 7-0
Next We’re Talking About Practice: The Men Behind the Scenes of Gator Women’s Basketball