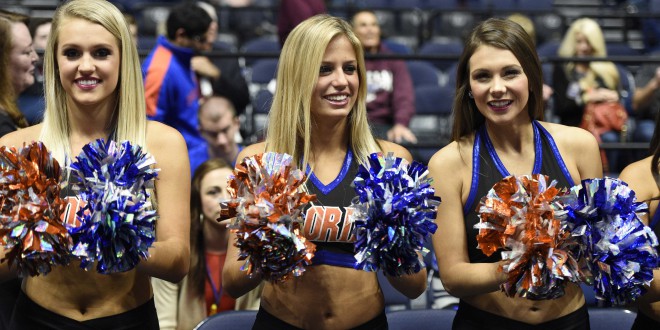 PREVIEW: Florida Prepares For George Washington, 3rd Round of NIT

The Florida Gators are just one win away from reaching the illustrious final four. While it might not be in the NCAA Tournament, a win over George Washington on Wednesday night will propel the Gators to Madison Square Garden in New York City to play in the semi-finals of the NIT. UF is coming off of a 74-66 victory over the Ohio State Buckeyes in Columbus, while the Colonials took down number one seed Monmouth in a 90-80 win on Monday night.

GW finished their regular season in a similar spot to Florida. The Colonials ended their season fifth in the Atlantic 10 behind teams such as Dayton, VCU and St. Joe’s, all of whom received a bid to the NCAA Tournament.

George Washington was one of the better three-point shooting teams in their conference, going 36.8 percent as a whole from beyond the arc. The Colonials’ downtown barrage is led by Copenhagen native Kevin Larsen, who has shot an outstanding 51.9 percent from three this season. Larsen in the team’s last four games has shot 66.7 percent from beyond the arc, averaging 13.8 points per game in that span. He’s also the team’s leading rebounder, averaging 8.3 boards per contest and has recorded 10 double-doubles this season.

While Larsen anchors the squad’s three-point attack, junior transfer Tyler Cavanaugh has flourished since coming to GW from Wake Forest. Cavanaugh averages 16.7 points and 7.6 rebounds per game. Cavanaugh is deadly from almost any spot on the court, shooting 51.1 percent this season.

GW’s final threat on offense comes from senior Patricio Garino, a 6’6” guard from the beautiful beach town of Mar Del Plata, Argentina. Garino’s range extends from the southern shores of Patagonia to the crowded streets of Pennsylvania Avenue, as the Argentine has gone 42.8 percent from downtown in the team’s last five games. Garino’s active hands on defense have also allowed the senior to coral six steals in the team’s last five games, including three against Monmouth on Monday night.

The Gators have momentum coming into Wednesday’s matchup, with an average margin of victory of 18.5 points in their last two NIT contests. Four different Florida players recorded double-digit scoring against Ohio State on Sunday as Dorian Finney-Smith finished with 16 points and 12 rebounds, Kasey Hill scored 15 points on 7-13 shooting, Kevarrius Hayes knocked down all five of his shots for 14 points and Justin Leon finished with 12 points off of the bench. Hayes stepped up big time for the Gators’ last game, and will need to again, as he is the team’s probable starter at center on Wednesday once again with John Egbunu out for the season with a torn ligament in his right thumb.

BROADCAST INFORMATION: Wednesday’s game tips off at 7 p.m. at the Charles E. Smith Center in Washington D.C. You can watch the game live on ESPN2 or on the WatchESPN app with Brad Nessler and Cory Alexander on the call. The game can be heard as always on ESPN Gainesville 95.3 FM with pre-game coverage starting at 6:25 p.m. 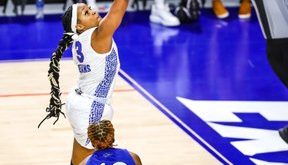