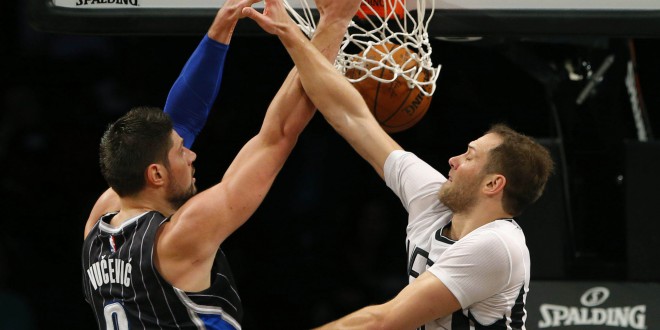 Center Nikola Vucevic returned to practice on Monday for the Orlando Magic. Vucevic has not been practicing with the team for the last three weeks after sharp pains in a strained groin muscle.

Not only has his absence hurt the offense, but before Vucevic’s injury the Magic held a 27-34 record but dropped to 30-43 during his time on the bench. Vucevic will not be returning for tonight’s game against the Brooklyn Nets that is set to be held at home for the Magic.

With Vucevic out, Victor Oladipo also missed two games last week after sustaining a sore shooting wrist when he landed on it during Wednesdays lost against the Detroit Pistons, but has been cleared to play for Tuesday’s game.

Although the Magic are officially eliminated from the playoffs, the team is still feeling good about Tuesday’s game and hope to get another win with Oladipo back.

But for now with Vucevic still not being cleared to play, he will continue to practice and wait on further clearance for Thursday’s game.