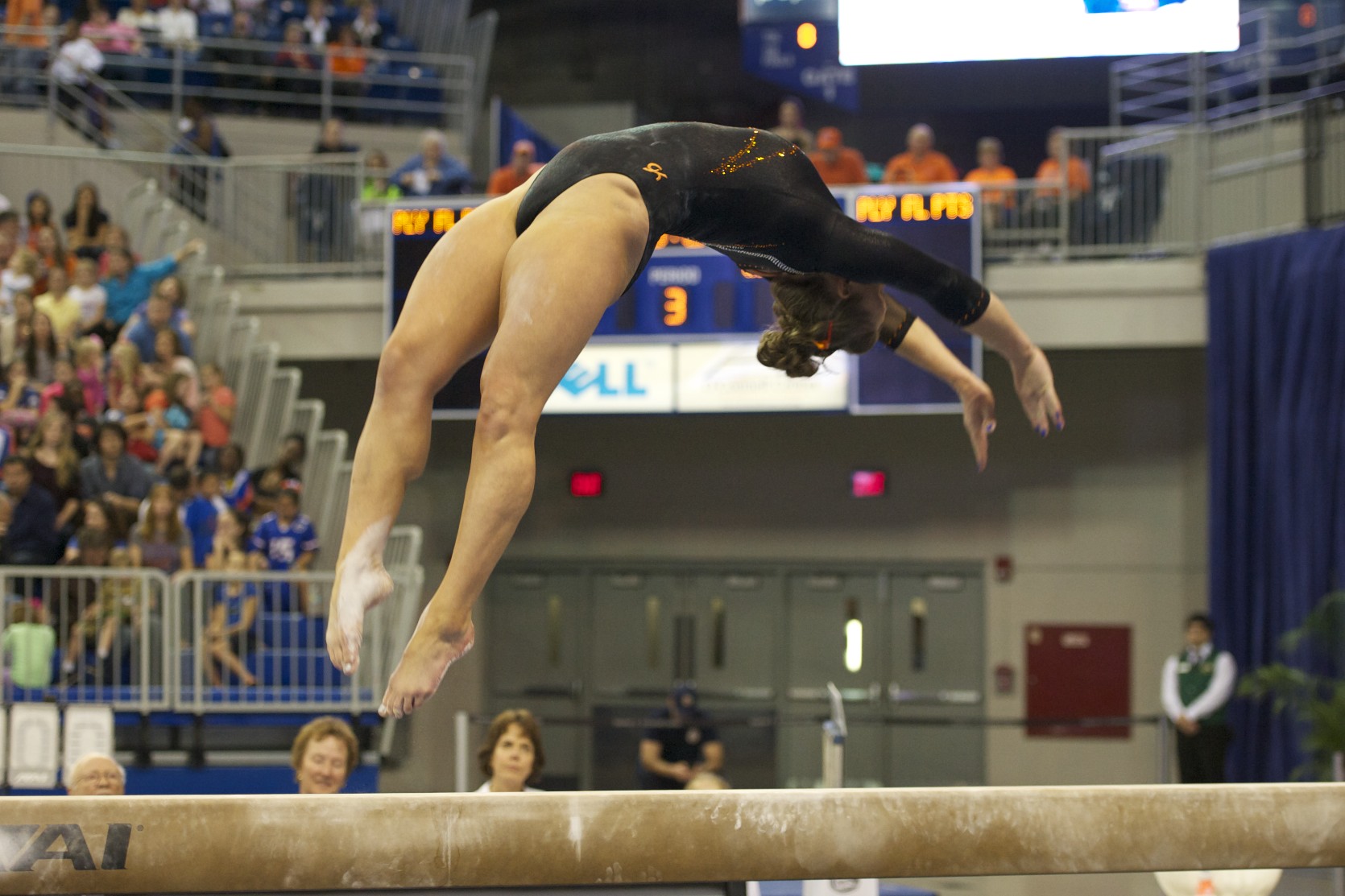 Bridget Sloan was one of the three Gators to fall off during her beam routine Friday night.

The Florida Gymnastics team is heading to the NCAA championships after winning the NCAA Minneapolis Regional, held Saturday at the University of Minnesota.

The Gator gymnasts pulled out a score of 196.725 in front of a crowd of about 2,000 to receive their fifth-straight NCAA Regional title. The Gators now will move on to Fort Worth, Texas, where they hope to defend their three-straight national titles.

Florida Gymnastics head coach Jenny Rowland says she couldn’t be any more proud of her squad.  Rowland says the Gators weren’t perfect on the night but the team had each others backs throughout the competition.

Rowland says Kennedy Baker, who was pulled from the competition after injuring her ankle during her floor routine, is getting better and should be ready for the NCAA Championships.

Florida will compete in the National Semi-Finals against Minnesota, Auburn, Stanford, LSU, and Georgia on April 15 starting at 2 p.m in Fort Worth, TX. The Gators are looking to win their fourth-straight national championship.

Previous Lightning Trounced by Islanders 5-2 in Important Conference Game
Next Baseball is Back, and in “Late” Fashion