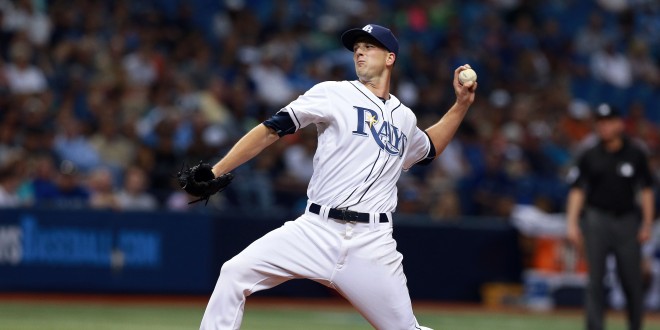 Rays Try To Get In Win Column Against Blue Jays

The Tampa Bay Rays will be hosting the defending division champions Toronto Blue Jays for the third night and hope to get a different result from the first two games of the series.

The Jays have taken the first two games of the series and on Monday night, lefty Drew Smyly started for the Rays and allowed six hits in just 6.2 innings, and three of the hits were home runs.  Toronto starter R.A. Dickey gave up a homer to Steven Souza Jr., but otherwise had a solid start.  Smyly said he isn’t going to make excuses and hopes to do better in his next start.

.@JakeOdorizzi can earn the #Rays first W in his season debut tonight. #RaysUp

Jake Odorizzi will get the start on the mound for the Rays tonight; first pitch is set to go at 7:10 p.m. at Tropicana Field in St. Petersburg, Florida.