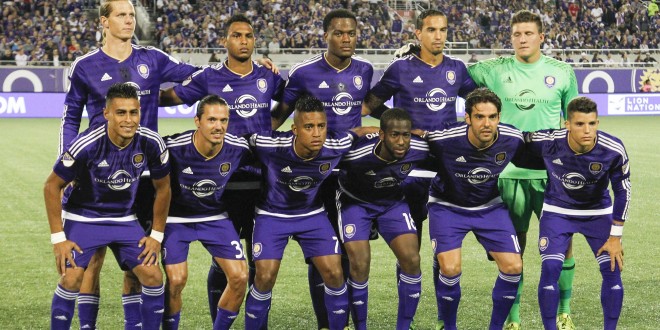 The Eastern Conference leading Orlando City (2-0-2, eight points) is riding high as they travel to play the Philadelphia Union (2-2-0, six points). The Lions have strung together back-to-back wins after last weeks emphatic 4-1 performance against the defending champion Portland Timbers. Meanwhile, the Union are coming off a 1-0 loss to the Chicago Fire and are returning home for only the second time this season.

Despite Orlando City’s momentum, their depth will face their first challenge.

Orlando City set out in their sophomore season to keep key players on the pitch and earn consistent results. Four games into the season, and the suspensions and injuries have just begun. Now we will see if their depth can hold up to still earn them a sufficient amount of points. Coach Adrian Heath has told his team that he wants to average two points a game to continue their success.

The travel list to Philadelphia does not include three starters that played against Portland last Sunday.

The 2015 Rookie of the Year, Cyle Larin is out with a hamstring pull. Larin has scored three goals in four games this season.

Hometown-hero Tommy Redding is out due to concussion protocol after taking a knock to the head against the Timbers. The 19-year old Oviedo native has started all four games at centerback this season.

Brek Shea will also be out due to an MLS mid-week ruling to change his yellow card from the game on Sunday into a red card. Below is the challenge in question. This change rules him out for the game against the Union.

Adrian Heath will now have to insert different players into the starting XI, but the biggest question mark is who will play up top in his formation.

Last Sunday showed how effective Kaka playing in a “false 9” position can be when Larin was subbed out. Kaka’s link up play with fellow midfielders allowed for more control in the midfield which dictated the pace of the game. The two goals in the second half from the Lions were sprung from turnovers in the midfield, launching counter-attacks from the wingers.

If Adrian Heath chooses to go with a true striker, the new signee Julio Baptista could make his first MLS appearance. Baptiste has traveled with the team to Philadelphia and is deemed to be fit.

Kick-off is set for 7 p.m. tonight at Talen Energy Stadium.

Originally from Ocala, Florida. University of Florida Class of 2017. Avid FIFA player willing to beat anybody. Follow me on Twitter for everything you need to know!
@JoshLaSelva
Previous Warriors Must Win Final 3 Games To Reach Illustrious 73 Wins
Next Preview: Weekend Softball Series Pits No. 2 Florida at Ole Miss