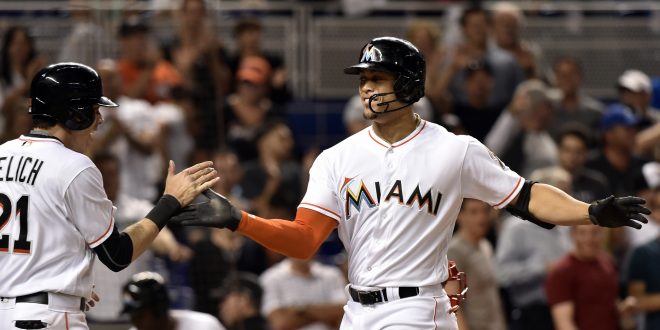 The Miami Marlins and the Tampa Bay Rays will both be traveling for games Monday evening.

The Rays will be playing against the Toronto Blue Jays tonight and this is the first time the Blue Jays will be hosting Tampa this season in a three game series.

Both teams are coming off losses of 7-6 in Sunday night games, the first of which began with a fistfight between Blue Jays Jose Bautista and Rangers second baseman Rougned Odor.

Drew Smyly (1-4, 3.63 ERA) will be starting for the Rays tonight after allowing a season high six runs and 10 hits in five innings in a result to a lost for the Rays.

The Marlins will be facing the Philadelphia Phillies for their second series of the month. The Phillies took two of three from the Marlins in Miami with both teams entering the series above .500.

Taking the mound for the Marlins tonight will be Adam Conley who had back to back scoreless outings against both the Brewers and Diamondbacks, but allowed four runs on seven hits for the Brewers in his last outing.

Previous No. 1 Gator Baseball Captures Series Finale Over No. 7 Vanderbilt, 10-6.
Next NHL: Tampa Bay Lightning Game 2 against the Penguins