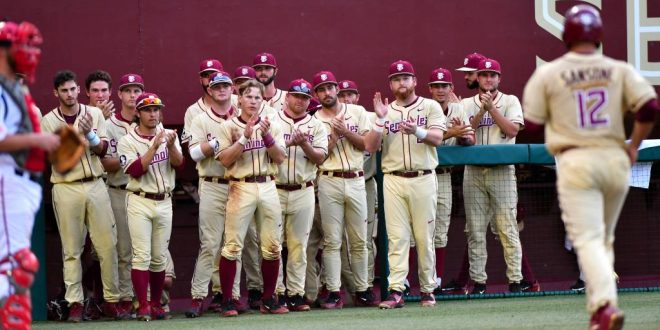 Dylan has been on a tear in postseason play. pic.twitter.com/Eg7HTaQVIA

Seminoles pitcher Cole Sands had his best start of the season. He limited the Jaguars to one run in five innings. Florida State now has 40 wins, which they have achieved for 39 straight seasons.

The schedules for the Super Regional won’t be announced until all NCAA Regional action has been completed.