Home / Feature Sports News / Marlins and Rays on the Road 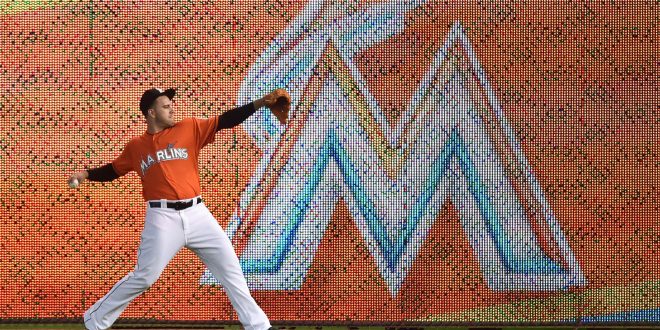 Marlins and Rays on the Road

The Miami Marlins and the Tampa Bay Rays are on the road this week.

The Marlins head to Minnesota after shutting out the New York Mets 1-0 Sunday night.

Jose Fernandez says he is learning how to control his pitches which was clear Sunday night when he pitched seven innings, allowing four hits, no runs and matched his career best in strikeouts at 14.

With this win Fernandez is now 23-1 at the Marlins stadium and has eight consecutive wins, equaling Chris Hammonds record which was set in 1993.

Unfortunately, the Mets were without outfielders Yoenis Cespedes and Juan Lagares, both nursing injuries, and captain David Wright, who went on the disabled list Friday .

The Marlins are off today but will face the Twins on Tuesday.

Meanwhile, the Tampa Bay Rays are in Arizona and will play the Arizona Diamondbacks tonight. The Rays are coming off of a series win over the Minnesota Twins this past weekend.

You can catch the Rays game live on ESPN Gainesville 95.3 FM starting at 9 p.m.