Home / Feature Sports News / Day one of the U.S Open: Delayed by Thunderstorms 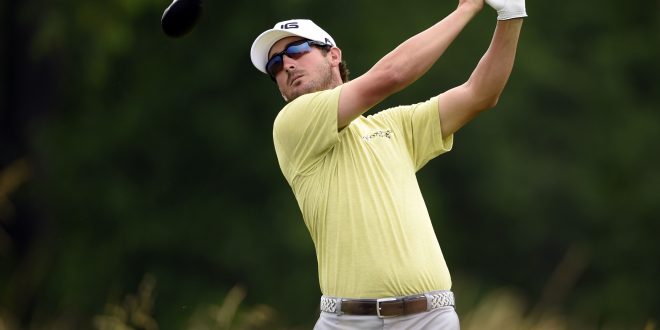 Day one of the U.S Open: Delayed by Thunderstorms

The first day of the U.S Open golf tournament was dominated by weather. Only nine players were able to complete their rounds before thunderstorms rolled through. Storms began at around 10 AM and lasted about 75 minutes, which this seemed to actually soften up the greens and fairways, which allowed golfers to be more aggressive off the tee and with approaches.

The round continued, but less than an hour later it got windier and play had to keep stopping which affected the players’ rhythm. When it was called for play to be suspended for the rest of the day due to lightning and thunderstorms, only seven players were under par.

Only 78 of the 156 players in the field started their rounds. The current leader on the board is 28 year old Andrew Landry. The former Arkansas Razorback  leads at five under par through 13 holes.

Andrew Landry has this 10 ft right to left putt on his final hole for a 1st round 66 at the @usopengolf. pic.twitter.com/k9Fn6Ab4At

Play continues Friday to complete first round action with the second round to be completed as well, weather permitting.  It should be a full day for the golfers.

The No. 1 Florida Gators Gymnastics Team opened their season with a victory over the …