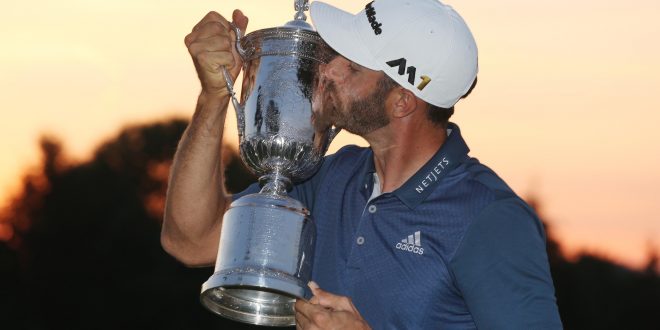 Time and time again Dustin Johnson has been in a position to win major championships. This time, Dustin Johnson overcame a stroke penalty to win the 2016 U.S. Open Championship at Oakmont and finally cemented a major win on his resume.

Johnson finished at 4-under par, but the fans who witnessed the USGA’s ruling know he won at 5-under. Even Jack Nicklaus told USGA chief, Mike Davis, that he made the wrong decision. It was on the fifth hole where the penalty occurred but it did not matter. Johnson proved to himself and the rest of the field that his smarts have caught up with his athletic ability. Three golfers, Jim Furyk, Scott Piercy, and Shane Lowry officially three strokes behind at 1-under. Sergio Garcia and Branden Grace finished at even.

Johnson has always been known to be a freak athlete with questionable aspirations. Back in 2014 Johnson took a voluntary leave of absence after his third positive drug test, second positive test for cocaine. Later that year his then-girlfriend and now fiancée, Paulina Gretzky, announced that she was pregnant with the couple’s first child. A change had to be made.

With the birth of his child and break from a game, Johnson reinvented himself and became a better man for it. Since coming back, Johnson has been in the mix for virtually every tournament he is a part of and now he has gotten the monkey off his back and could call himself a major winner.

The next major championship on the docket? The Open Championship next month from July 14-17.