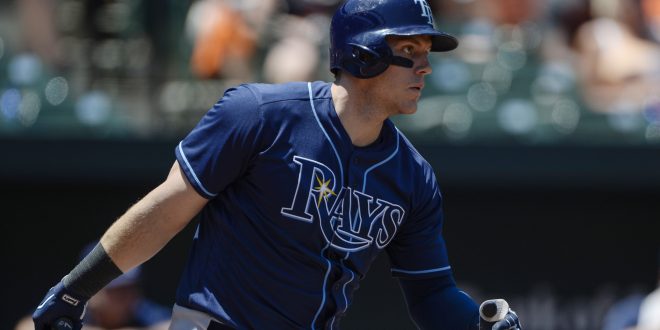 Rays and Braves Look to Get Back on Track

The Tampa Bay Rays are looking to end their eleven game loosing streak on Monday when they take on the Boston Red Sox at home. This is the Rays longest loosing streak since 2009 and the third longest in franchise history. Adding to the loosing streak the Rays lost to the Baltimore Orioles on Sunday 12-5. However, they are not the only ones struggling as Boston is trying to bounce back after splitting a four-game series at Texas, including a 6-2 loss on Sunday. The Rays know they will have to reduce the number of mistakes they are making to defeat a team like the Red Sox. Rays Manager Kevin Cash says the team is playing hard but have a lot to work on.

With a significant amount of players on the disabled list including outfielders Kevin Kiermaier, Brandon Guyer, Steven Souza and Mikie Mahtook as well as Steve Pearce, the Rays will try to end the loosing streak on Monday night, having rookie LHP Blake Snell start on the mound. Snell is 0-2 with a 2.40 ERA. Boston will counter with fellow lefty Eduardo Rodriguez, who is 1-2 with a 6.41 ERA.

Meanwhile, the Atlanta Braves are set to take on the Cleveland Indians Monday in Atlanta. The Braves are coming off of a series win over the New York Mets and look to improve their home wins against the Indians. Though Atlanta has won eight of their past 11 games, they own the worst home record in the majors at 11-29.

The Indians are atop of the AL Central by five games due to a nine-game winning streak. They will make their second and final inter-league visit to Atlanta for the three-game series. The starting pitcher for the Braves will be John Gant (1-2, 4.45 ERA) who defeated the Mets for his first victory and rebounded to retire 12 straight batters after a three-run second inning at Miami in his most recent start. The Indians will counter with Trevor Bauer who is 2-0 with a 1.86 ERA in his five starts in June. Both games are set to start at 7:10 p.m.