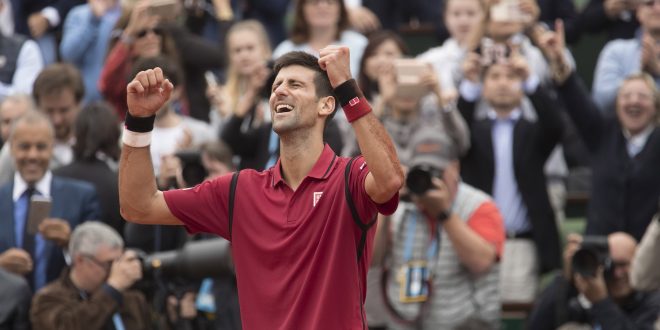 Wimbledon begins today at the All England Club.  The tournament lasts for two weeks and welcomes the best tennis players in the world.  Wimbledon is the oldest of all the majors and is the only one to still play on grass.

Novak Djokovic looks to defend his title as the men’s singles  champion. He’s currently the top ranked men’s player in the world and is defending champion of all the majors.  Djokovic looks to launch his name in the history books by becoming the third man to ever achieve a calendar-year Grand Slam.  He begins his tournament playing James Ward today.

Serena Williams is no stranger to major tournaments as she looks to defend her women’s singles title.  Williams is currently the top women’s player in the world but she is coming off a loss in the French Open final to Garbine Muguruza.  Williams has won 21 women’s single major titles and she begins her tournament playing Amra Sadikovic tomorrow.

Both Djokovic and Williams are the favorites to win Wimbledon.  It looks to be an exciting tournament that may allow Djokovic to launch himself into tennis immortality by winning a grand slam, something that hasn’t occurred since 1969 on the men’s side.

The 2017 Australian Open: A grand slam event that feels like a lifetime ago. This …