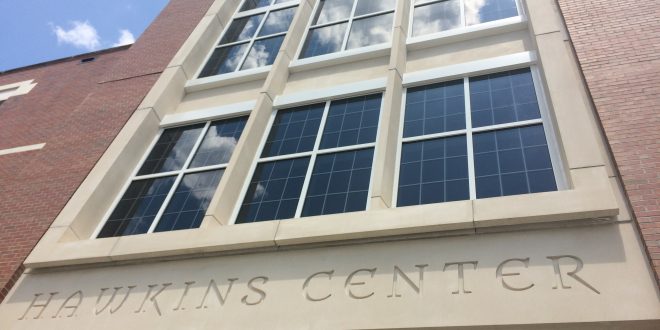 Honored to emcee the dedication of the Hawkins Center for Academic and Personal Excellence at Farrior Hall #GoGators pic.twitter.com/UZF2flF4Ph

Carter came to UF on an athletic scholarship in 1991 to play under Gator coach Steve Spurrier. Carter, a good student during his four years at UF,  played on three SEC championship teams but says he knows first hand the difficulties that come with being a student-athlete.

Carter says its the personal and academic excellence that is more often than not over looked when it comes to student-athletes and having an academic building like the Otis P. Hawkins Center is what will make the student athletes at UF that much better.

Carter also appeared on ESPN Gainesville 95.3 FM and AM 850 WRUF and discussed a wide variety of topics, including adding Steve Spurrier’s name to Ben Hill Griffin Stadium. Carter says that if any coach deserves a stadium named after them its Spurrier.

After his time at UF Carter was a first round pick in the 1995 NFL draft,  playing 14 seasons in the league. Now Carter is a college football studio analyst at ESPN and says having the vast knowledge of all the teams took a little while to develop but he loves it.