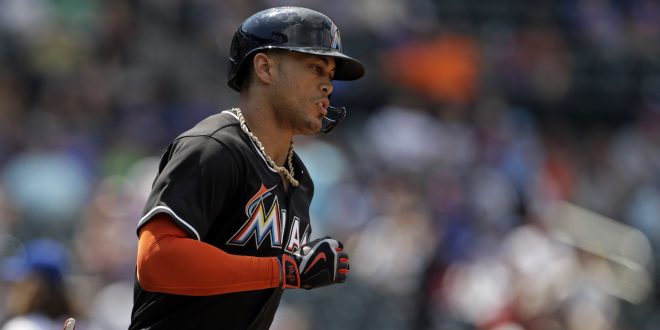 Despite Giancarlo Stanton’s two big home runs at Citi Field, it wasn’t enough to hold back the New York Mets Wednesday afternoon. Wilmer Flores’ multi-homer game made a bigger influence giving the Mets the win. Flores produced his second two-homer game in a four-day span in this game, resulting in the 4-2 score.

Flores added second and fourth inning homers against the Marlins’ left handed pitcher, Justin Nicolino. Curtis Granderson added a two-run single that gave Jacob deGrom the help he needed for the Mets win. DeGrom had a strong game as well, pitching seven strong innings. This win, gives New York two of three in the series and they now move 2 1/2 games ahead of Miami for second place in the National League East.

Stanton however was the first Marlins player to homer in four straight at-bats. He had two homers in his final two at-bats on Tuesday, and his second shot Wednesday was the 200th of his career. In the ninth inning, Stanton could’ve been the first player in baseball history to homer in five straight-at bats, but his eight-pitch showdown with Jeurys Familia ended in a strikeout.

Next up for the Marlins will be their home series against the Cincinnati Reds this weekend.