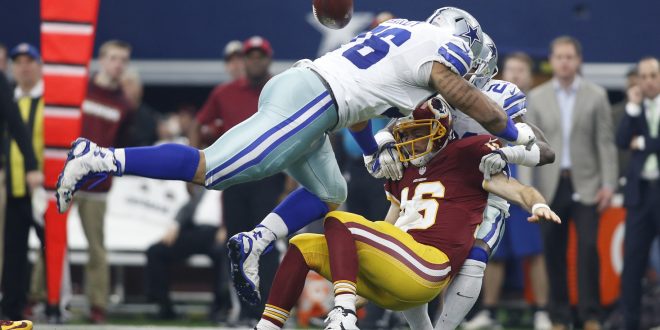 The Jacksonville Jaguars invited former Dallas Cowboy Greg Hardy to work out for the team. This workout could mean multiple things for Hardy during this summer of rebuilding. Hardy sat out the first four games of the 2015 season as he was serving out a suspension imposed on him for his role in a domestic violence altercation in 2014. The situation was in violation of the NFL’s personal conduct policy, and put him under scrutiny not only from the NFL but the legal system as well. A North Carolina judge originally found Hardy guilty of domestic violence, but on appeal the case was dismissed and prosecutors alleged that Hardy reached a settlement with the victim. Hardy maintains that he is innocent.

The defensive end also punctuated the 2015 season with a physical altercation with an assistant coach and a verbal altercation on the sideline with receiver Dez Bryant.

Hardy finished the season with 35 tackles, six sacks and one interception but his contract wasn’t renewed with the Cowboys. After going unsigned in free agency this summer, Hardy was given the opportunity to work out the Jaguars.

The Jaguars, however, will not sign Hardy at this time. General Manager Dave Caldwell said that it was a great opportunity to get their hands on a “player of [Hardy’s] caliber” but have no immediate plans to sign him.

For the Jaguars, this was a time to learn more about Hardy, to see who he was on and off the field, and get “the facts.”

The Jags are prepared to take calculated risks and they want to tread carefully in going forward with a decision like this one.

The Jacksonville Jaguars have officially given their General Manager position to Trent Baalke. Baalke began …